We Won't Be Part Of Any Presidential Debate – NPP To NCCE 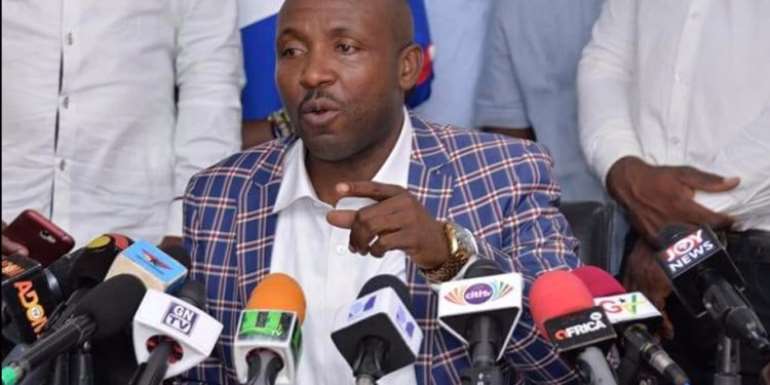 The New Patriotic Party has refused to be part of the series of presidential debates to be organised by the National Commission for Civic Education (NCCE) ahead of this year's general elections.

A statement issued and signed by the party's General Secretary, John Boadu said it had not been informed by the NCCE of the exercise hence it cannot be part.

“The party, having taken notice of this publication, wishes to respond by, first of all, stating emphatically and for the records that the NPP is completely unaware of the claims by the NCCE, and therefore cannot be said to be a party to any such arrangements.”

The party further dissociated itself from all activities lined up by NCCE ahead of the election period.

The party claimed that the Commission’s calendar was not in sync with that of the NPP’s planned activities for the year.

“In the light of the foregoing, the NPP categorically dissociates itself from the purported 'presidential debates schedules' unilaterally announced by the NCCE, and appeals to the Commission not to include the NPP in these arrangements unless and until the party so permits.”

The NCCE is reported to have scheduled at least three Presidential debates to be conducted in September, October, and December ahead of the 2020 polls.

It disclosed in January that it will organise presidential and parliamentary debates nationwide in the buildup to the general elections.

Whereas the parliamentary debates will be held in all the 275 constituencies, the presidential debate according to the NCCE will be held in three zones, namely: Northern, Middle, and Southern in September, October, and November respectively.