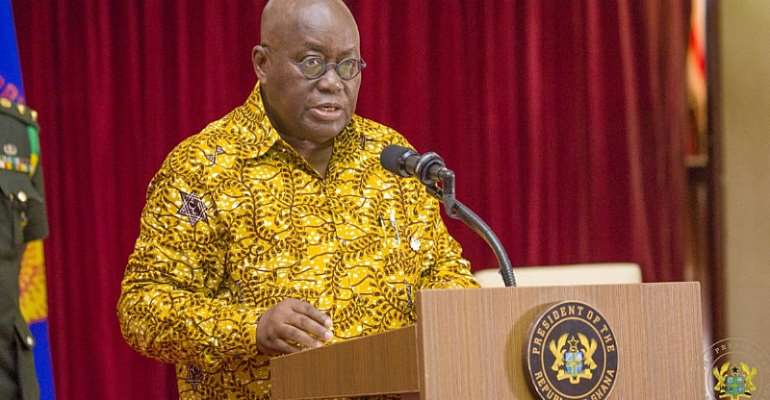 Presiden Akufo-Addo, will from Monday, 3rd February to Tuesday, 4th February 2020, embark on a two-day working visit of the Savannah and Upper West Regions.

Beginning from the Savannah Region, President Akufo-Addo will pay a courtesy call on the Kpembewura, Banbange Ndafoso IV, and inspect rehabilitated works at the Salaga Water System at Salaga, in the Salaga North Constituency.

The President will also inspect work on the Tamale-Salaga-Mankango road, and the Bunjai-Fulfulso road.

He will then attend a durbar of Chiefs and people of Salaga North, at Kpalibe, to signal the end the first day of his tour.

The President will begin day two of his tour in the Upper West Region with a courtesy call on the Wa Na, followed by a visit to the family of the late Alhaji Sahanoon Mogtar, who served as a Member of the Council of State until his passing.

President Akufo-Addo will inspect ongoing work on the construction of a multi-purpose youth centre in Wa, before departing to Kaleo to cut the sod for the commencement of a 17-megawatt peak solar plant to be located in Kaleo and Lawra.

The President will then proceed to inspect works on the Nandom-Hamile road, to climax his visit to the two regions.