Airbus Scandal: Why Ghanaian Bribe-takers Were Not Named By UK Investigators 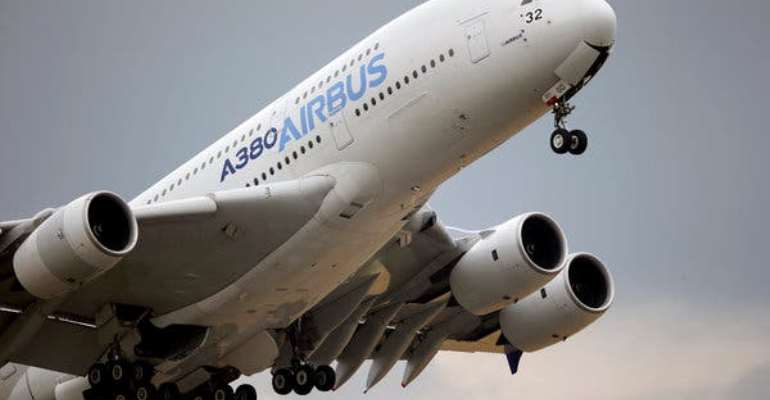 The mention of Ghana and the involvement of some top officers of the state in a major bribery scandal involving the world’s largest aircraft manufacturer, Airbus, has thrown many Ghanaians into a state of bewilderment.

This is because the scandal has gained global attention and is yet again a major scandal involving top Ghanaian government officials after a similar one, the Mabey and Johnson scandal in 2009.

A UK court document on the matter indicated that the top officials took the bribes within the Mills-Mahama administration which was between 2009 and 2015 to afford Airbus some business favours.

The case has been described as one of 'endemic' corruption against the company.

The company has been found guilty and has been ordered to pay a record sum of £3 billion in fines.

The UK's Serious Fraud Office (SFO) which investigated the deals in Ghana, Malaysia, Sri Lanka, Indonesia and Taiwan detailed how the crime occurred pertaining to Ghana.

The UK’s Serious Fraud Office, however, in its statement of fact did not name the individual Ghanaian officials nor the Airbus agents involved in the crime, giving room for wide speculations with many suggesting that it would have been proper to make the names of the complicit officials public.

The facts, which was also contained in a summary of the judge’s ruling, said the decision to hide the identities of the individuals involved was to protect their right to a fair trial.

It said it was also because there were still ongoing investigations on some of the individuals involved. Read the full explanation below:

In the Statement of Facts, the identity of the individuals concerned has not been included. There are ongoing investigations in respect of a number of individual suspects in this jurisdiction and abroad.

It is appropriate to protect the rights of the suspects to a fair trial. In addition some of the individuals involved in the relevant conduct are based in jurisdictions where there are human rights concerns, and the death penalty exists for corruption. Further, the intermediary companies used by Airbus were often made up of a few individuals.

Naming the companies would therefore be tantamount to naming those individuals. To go further than the Statement of Facts or my summary and identify the employees or others by name, would be to prejudice potential criminal proceedings and could lead to action or the imposition of a penalty which, in this country, we would regard as contravening Article 3 of the European Convention on Human Rights.

The identities and positions of relevant employees and other persons referred to in the Statement of Facts have however been made known to me so that I have been able to assess their comparative seniority and, thus, the responsibility of Airbus. In the circumstances however, none are identified.