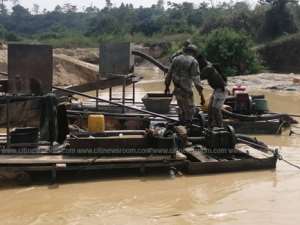 Two illegal miners aka 'galamsey' operators have been arrested during a swoop by a taskforce from the Ghana National Association of Small Scale Miners in the Atwima Mponua District of the Ashanti Region.

About 30 equipment used by the miners in the Offin River have been confiscated and others set ablaze. 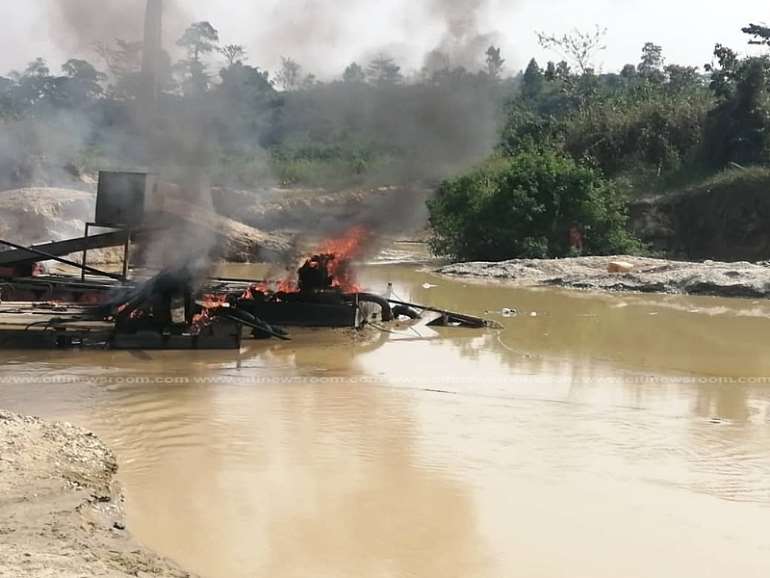 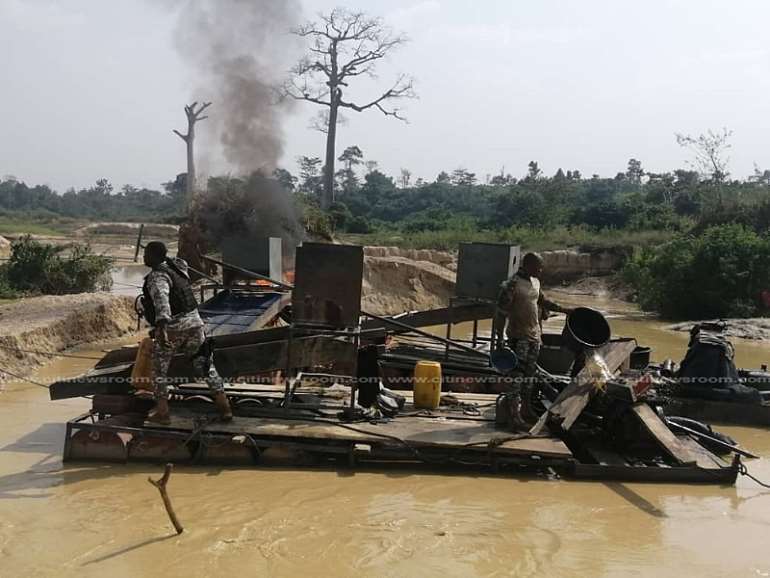 The miners were busily engaged in their activities before the taskforce got to the site.

The illegal miners bolted upon seeing members of the force.

The task force, set up by the Ghana National Association of Small Scale Miners is to complement the efforts by the government's existing task force fighting against the menace.

Despite these efforts, activities of illegal miners are still rife in some hard to reach areas in the Ashanti Region and other regions.

The destruction at these sites is visible as the water bodies and farmlands are the worse affected. 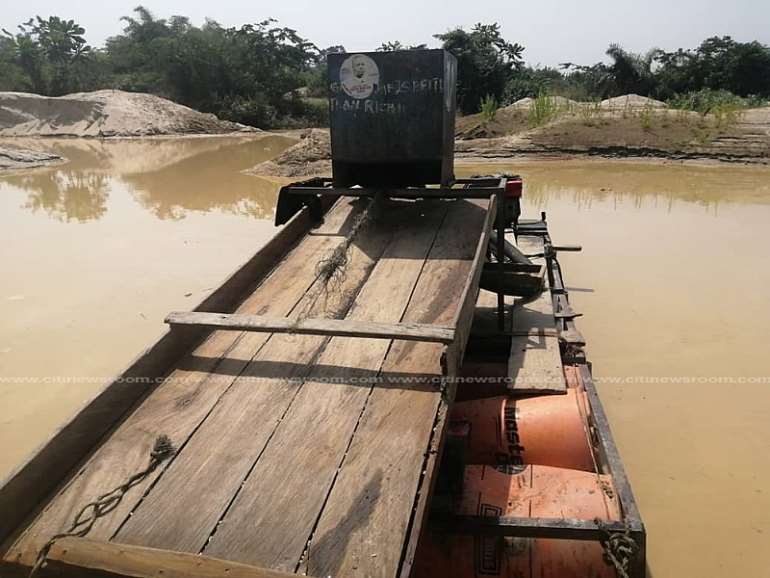 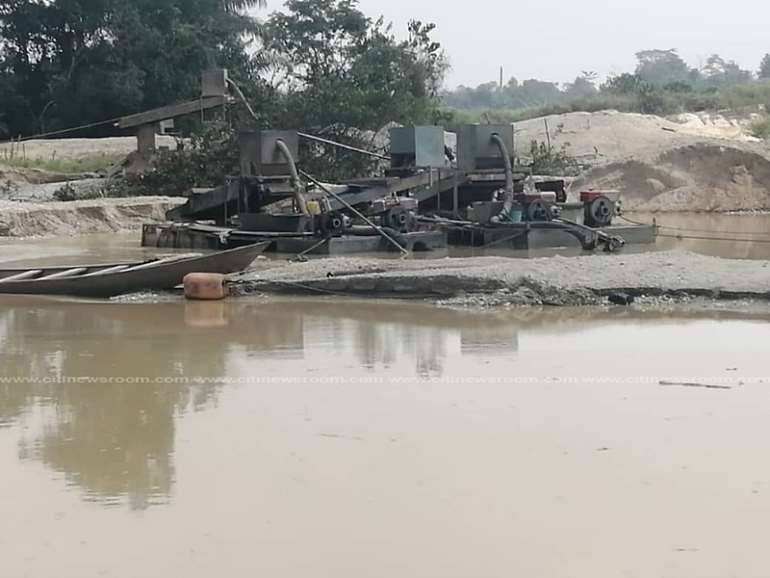 Leader of the taskforce, Bresi Andoh is worried that these illegal miners who are arrested and handed over to the police are the same people they see in subsequent operations.

“After arresting them [the illegal miners], we hand them over to the police. At times, we hand them over and we don’t know the outcome because my job is to come and arrest and destroy the things. So if we do that, we have finished our job. So they [the police] as the lawmakers will send them to court and do all the necessary processes but at times before you realise, then they are out of police custody. And they will come back to the same place to work gain. And that dampens our morale. But we can’t say anything about it. All we know is small scale mining has to be protected and that is why we are doing this,” he said. 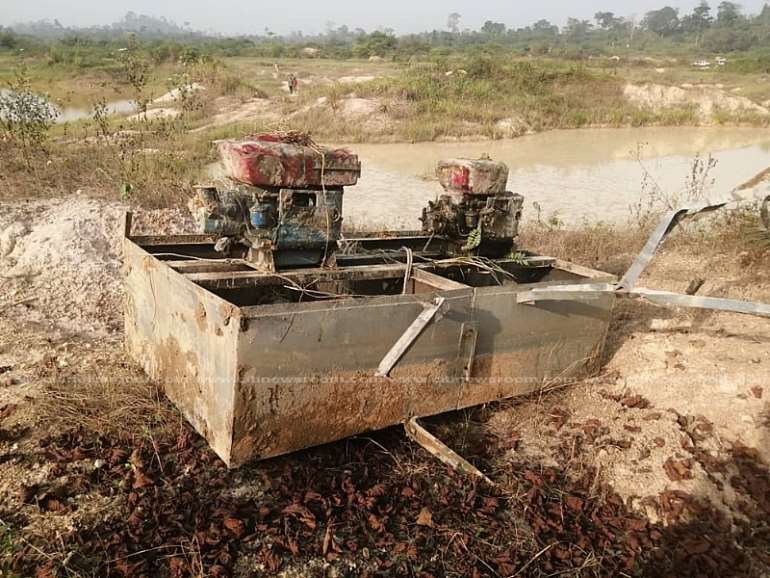 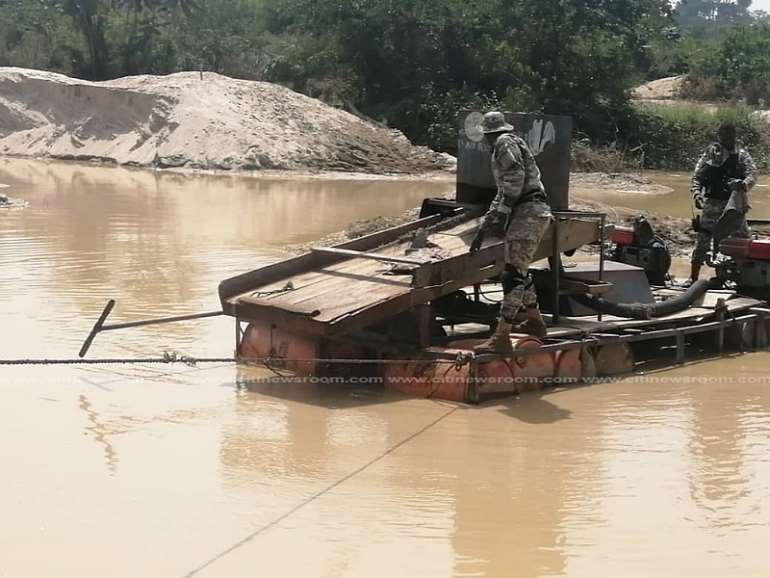 He further pleaded on the government to support them in playing their part in the fight against illegal mining.

“We are appealing to government that they should come to our aid. We have to get some resources so that we can conquer this menace or else we are in trouble. The main challenge is the lack of vehicles. It is one of our members who have donated his pick-up truck to us and the inter-ministerial committee also gave us one but they are not enough. Our men are more than 30 and some have to sit at the back of the pick-up which is dangerous. So we need vehicles, life jackets, and so many equipment that will help us with this operation,” he said.

Meanwhile, the taskforce has handed over the two illegal miners who were arrested during the operation to police at Nyinahin.