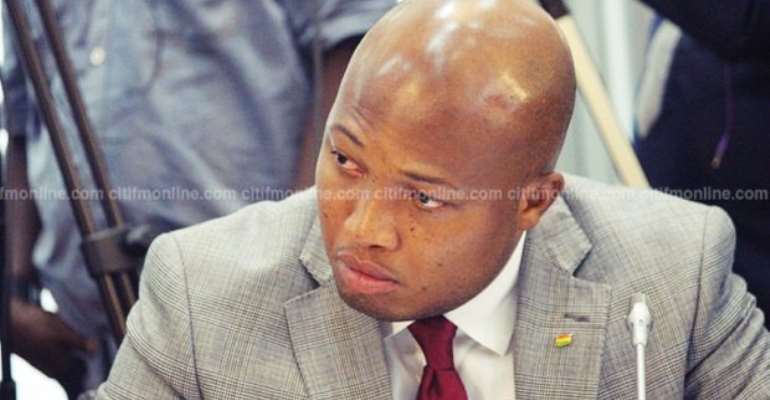 The Member of Parliament for the North Tongu constituency, Samuel Okudzeto Ablakwa is urging government to, as a matter to urgency, evacuate students and other Ghanaians trapped at Wuhan in China’s Hubei Province due to the outbreak of the deadly Coronavirus.

He said, considering the fact that the outbreak has been declared a global health emergency by the World Health Organization, it would better to have the Ghanaians returned to the country especially as there is no confirmation that any of them are infected.

The Director of Public Health at the Ghana Health Service (GHS), Dr Badu Sarkodie is reported to have advised the government against evacuating Ghanaians in the virus-stricken city of Wuhan but Ablakwa, who is also the Minority’s spokesperson on foreign affairs said in a statement that evacuating Ghanaians at this point will rather protect the citizens.

I have been in regular communication with a number of our students in Wuhan, including the NUGS President of the Wuhan Chapter, Sampson Opoku and Comrade Baba Musah to check on their welfare and assure them of our collective solidarity in this time of heightened nervousness.

Considering that the WHO has declared the coronavirus outbreak a global health emergency following an upsurge in the death toll, now at 213 and the devastating spread which has led to over 10,000 confirmed cases across 18 countries; I would urge our Government to reconsider its position and emulate the worthy example of many other countries currently evacuating their nationals from Wuhan in the Hubei Province.

I believe it is time to follow the WHO evacuation and quarantine protocols other nations have complied with and proceed to evacuate the 170 Ghanaian students and other Ghanaians currently feeling trapped at the epicentre of what the WHO is describing as an unprecedented outbreak.

Better to have our compatriots back to Ghana safely, particularly at this time that there is no confirmation of a Ghanaian case than for us all to be sorry later.

May we continue to pray for our compatriots and for the international community to contain the situation.

Students in China get support

Some Ghanaian students in China in an earlier interview told Citi News they needed food and medical supplies since most shops had closed down and the few available were being sold at cut-throat prices.

The Ghanaian Embassy in Beijing recently gave out a sum of 50,000 RMB (estimated to be around GHC 39,500.05), to the China Chapter of the National Union of Ghana Students (NUGS-China) to support the affected students. Ghana ready to deal with coronavirus outbreak

Meanwhile, the Ministry of Health has triggered the country’s emergency preparedness and response system to deal with threats of the outbreak.

Although no case has been reported in Africa yet, Ghana has taken some measures including extra screening at the Airport and designation of the Ridge and Tema General Hospitals as response centres.