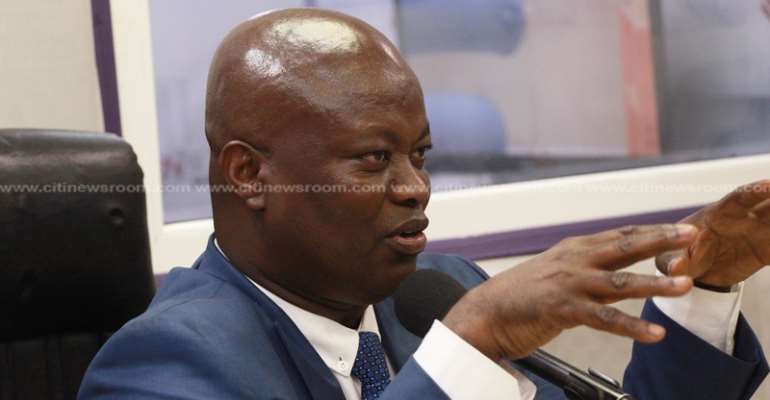 The Executive Director of the National Ambulance Service (NAS), Professor Ahmed Zakariah has called on Ghanaians especially the media to be positive about the prospects of the operation of the service.

This follows the inauguration and distribution of 307 new ambulances across all constituencies in the country.

Professor Ahmed Zakariah stressed that while the current system is not perfect, work is still being done to ensure that the best practices in other parts of the world are replicated for Ghana’s system.

He said, in replicating the new standards, the operations of the service will be more successful.

He urged Ghanaians to desist from highlighting the negatives of the current system.

“We realize that people keep making reference to the UK and US but Rome was not built in a day. They [US and UK] also started from somewhere and they've been able to perfect their system and they are where they are today. We don't need to reinvent the wheel and all we need to do is that the best practices [they have], we bring it home,” he said.

“There is no human system without challenges so going forward I’d urge that we rather concentrate on the positives.” Akufo-Addo commissions ambulances

The 307 ambulances were commissioned by President Akufo-Addo on Tuesday, January 28, 2019 at the Black Star Square.

Each constituency in the country is expected to have at least one ambulance to serve the health needs of the various constituencies.

The ambulances are fitted with advanced life support equipment and tracking devices.

President Akufo-Addo at the commissioning announced that ‘112’ would now be the new number for all emergency services including ambulance service.

He warned against abuse of the number.

“…The Police Service, the Fire Service and the National Ambulance Service all had emergency response numbers. I am happy to announce that thankfully, we have merged all emergency numbers to one number which is 112,” he said.

But reports indicate that the call centre still battles with hundreds of prank calls each day.

Akufo-Addo's ‘Year Of Roads’ Declaration Is To Save His Gov'...
9 hours ago