AWW Violence: Our Officers Were On The Ground During NDC’s Commemorative event – Police 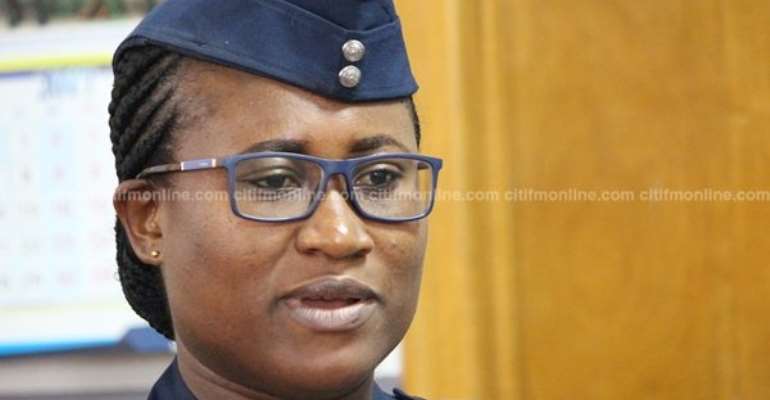 The Accra Regional Police Command has rubbished claims that it did not provide security for the commemorative event held to mark the first anniversary of the Ayawaso West Wuogon by-election violence.

This is contrary to assertions by the organizers of the event suggesting the police failed to provide security for the programme.

An internal memo from the police that went viral prior to the event, which was highly patronized by members of the New Democratic Congress (NDC), apparently instructed officers not to partake in the event.

But the police have since clarified that the directive was for officers who were not deployed.

“The police indeed provided security and the security deployment was made by the Airport Divisional Police Command and it also had support from the Regional Operations Counter Terrorism Unit, SWAT, and some CID personnel as well the MTTD personnel who were also there to offer some traffic management duties.”

“The intention of the memo was to warn personnel who were not deployed to not to attend because we wanted to effectively coordinate every security arrangement from our end and for which reason this particular event went well yesterday. We didn't want any distractions here and there,” she said. 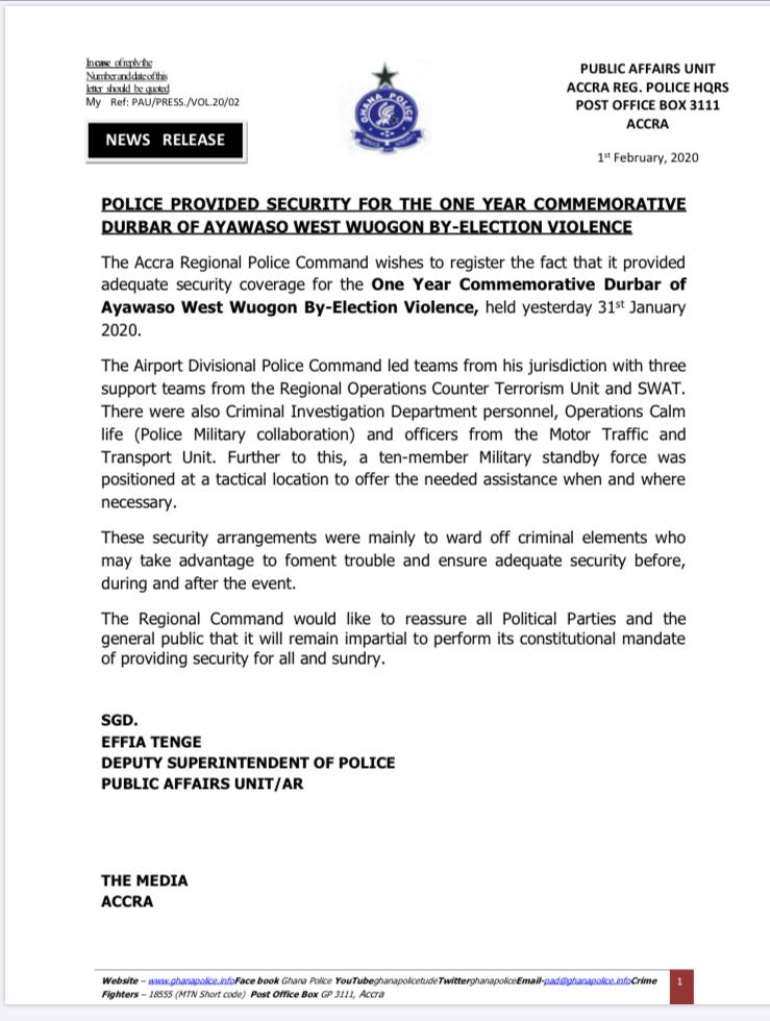 The Greater Accra Regional Command of the Ghana Police Service on Thursday ordered its officers in the region to stay off the NDC's durbar scheduled on Friday to mark the first anniversary of the Ayawaso West Wuogon by-election violence.

According to an internal memo sighted by Citi News and signed by the Second in Command for the police in the Greater Accra Region, Emmanuel Afriyie Sakyi, “no police officer should be detailed to provide security for the event.”

The memo further stated that “indeed all police officers within the region must dissociate themselves from the event” and warned that any police officer found at the event will be “severely sanctioned”.

There was a massive backlash from the public as many wondered why the police gave this directive.

One of such people was Sam George, Member of Parliament for the Ningo-Prampram constituency, who was one of the victims of assault during the by-election.

In a Facebook post, he wrote, “The NDC has announced a programme to commemorate the 1st year anniversary of the Ayawaso West Wuogon by-election tomorrow. The Police have been duly notified of the programme in accordance with the Public Order Act.”

“Why then has the Police hierarchy issued a wireless message barring any Police Officer from providing security at the programme? I am deeply disappointed at the Ghana Police Service. We shall overcome but let those who think they stand to take heed. Power is transient.”