Allotey-Jacobs Makes Yet Another Strong Case for New Voters’ Register 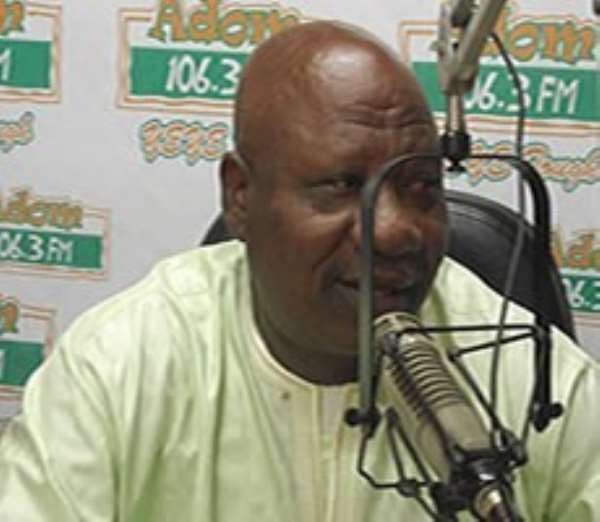 I have heard this story before and may have even remarked on it once or twice in one or two of my columns in the recent past. But, of course, to hear the politically authoritative and morally poignant and objective Mr. Bernard Allotey-Jacobs reiterate the same confirms to me that, indeed, my dear sister Charlotte Kesson-Smith Osei, the extant Chairperson of the Independent Electoral Commission (IEC), may very well have precipitated her own untimely exit from the country’s most significant democracy-promoting institution or establishment.

According to the former Central Regional Chairman of the present main opposition National Democratic Congress (NDC), it was the rather egregious and woefully inadvisable decision by Mrs. Osei to hold off on announcing the results of the 2016 Presidential Election, while the then IEC Chair bitterly complained about the voting machines’ having been hacked that irreparably compromised her professional competence and administrative integrity (See “Charlotte Osei Stabbed Herself in the Back – Allotey-Jacobs on New Voters’ Register” Ghanaweb.com 1/31/20).

If the foregoing allegation has validity, and there is absolutely no reason to believe that it does not, then it well appears that the former EC’s Chair, heading into the 2016 Presidential Election, may very well have been under strict instructions by the man who appointed her to the job, that is, then President John Dramani Mahama, to be on the lookout for a result or an electoral outcome that exclusively favored only one of the two major presidential candidates, namely, the incumbent President himself, and not the then Candidate Addo Dankwa Akufo-Addo.

But even more significantly, if, indeed, Mrs. Osei had remarked that the 2016 Biometric Voters’ Register (BVR) had been so readily and recklessly hacked to ensure that the IEC Chairperson’s favorite candidate was denied what clearly appeared to be an undeserved repeat electoral victory, then it incontrovertibly stands to reason that the current National Voters’ Register (NVR) lacks the requisite credibility necessary to ensure that the results of the December 2020 general election will not be compromised.

Now, couple the preceding narrative with the equally shocking revelation, uncovered by Mrs. Jean Adukwei Mensa, the current IEC’s Chairperson, and it becomes inescapably clear that about the only way to ensure the wholesome integrity of Election 2020 is for the IEC to compile a completely new Voters’ Register. Well, in the main, Mrs. Mensa has revealed that the Israel-based STL company that vendored or supplied the Biometric Voting Machines (BVM) also contractually had exclusive rights to both the computerized codes and passwords with which to access the BVMs.

Which means, in effect, that the sovereignty of Ghanaian citizens had been literally and scandalously sold to a foreign-based firm for the proverbial mess of pottage. I have recently been informed by a person well-connected to some New Patriotic Party (NPP) insiders, that this bizarre and morally and legally outrageous electoral arrangement had been struck under the tenure of President John Agyekum-Kufuor, going as far back as 2004 – it would seem to be more logical that it was rather under the watch of former President Jerry John Rawlings when such an ungodly deal was struck with STL – but I have yet to confirm the same to the contrary.

Whatever the truth or reality of this story may be, the fact clearly stands that all is not well or right with the integrity or functional wholesomeness of our present National Biometric Voters’ Register (NBVR); and the sooner something got promptly done to rectify this dire situation, the better it would serve the geopolitical destiny of our beloved nation. Indeed, it is rather ironic that the leadership of the Mahama-led National Democratic Congress, which claims to be revolutionarily and, for that matter, progressively inclined, would be desperately fighting to keep Ghana’s sovereignty and civic integrity under foreign commercial domination and postcolonial serfdom; for we learn that under the wisely abrogated agreement with STL, the higher payola bidder of the country’s two major parties got assured of manipulative access to unduly and criminally influence the outcome of any particular election or electoral season in its favor.

So much for this shamelessly low-minded culture of collective self-destruction.