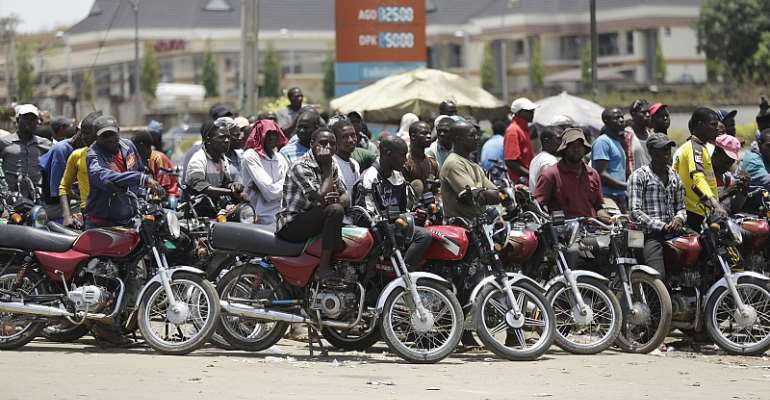 Operators of motorbike and tricycle taxis (known as okada) in Nigeria's largest city, Lagos, are protesting against a state ban coming into effect on Saturday.

The Lagos state government said the ban was needed because of deaths and disorderliness caused by motorbike taxis, locally referred to as "okadas", and motorised tricycle taxis, known as "keke napeps".

The ban on the city's most common forms of transport will be enforced on all major highways and bridges.

City official Gbenga Omotoso was quoted on Tuesday by local media as saying they motorbikes will not be allowed in these areas of the city: Ikeja, Lagos Mainland, Lagos Island, Apapa, Surulere and Eti Osa.

A statement from Lagos state on Friday said the ban was also intended to push young people into finding better jobs because "Okada is not an enduring trade":

"Our youths no longer learn the trades we used to be proud about of - tailoring, bricklaying, printing, painting and others. Now we get artisans from neighbouring countries," it said.