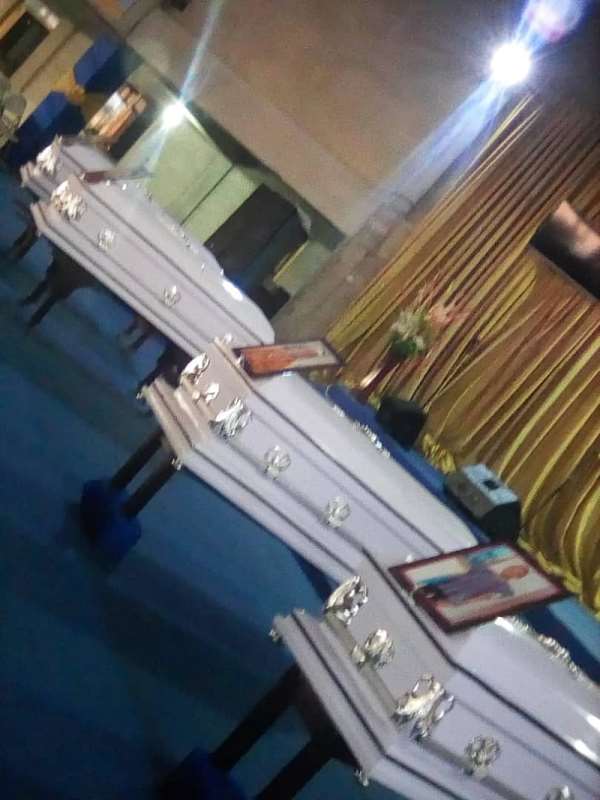 A burial service is being held this morning for the policewoman, Inspector Kate Abban, who died together with her three kids in a gas explosion in January 2020.

The late police officer, DGN Online understands, had returned from church to prepare food for her family on Sunday, January 5, 2020 when the explosion happened.

She was rushed to the Korle Bu Teaching Hospital for medical attention.

However, she passed on four days later while on admission at the facility.

Her three kids also died as a result of the burns they sustained from the inferno, with the last kid passing on Sunday, January 12, 2020.

Their burial service is being held at the International Central Gospel Church (ICGC), a suburb of Accra, after which their mortal remains would be laid to rest at the Osu Cemetery.