US curbs immigration from Nigeria, five other nations 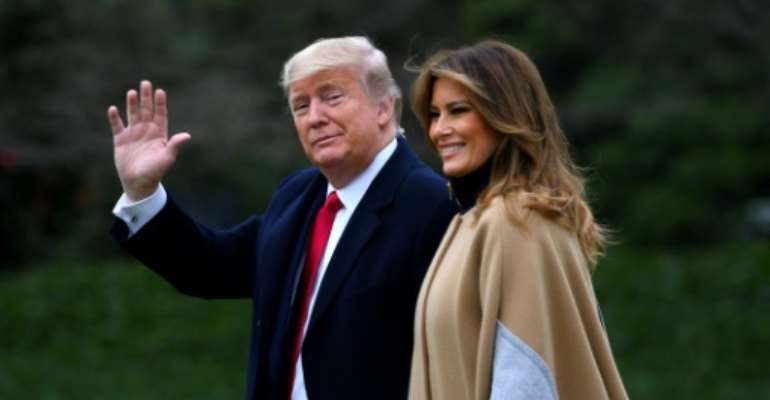 US President Donald Trump waves next to First Lady Melania Trump as they walk to Marine One before departing from the South Lawn of the White House. By ANDREW CABALLERO-REYNOLDS (AFP)

US President Donald Trump on Friday slapped immigration restrictions on citizens of six countries including Nigeria, in addition to the list of nations already targeted by his controversial travel ban.

"The president's decision is the product of a comprehensive and systematic assessment that was conducted by the Department of Homeland Security, as well as in partnership with other federal agencies," said one of the officials.

The official added that the decision was the "result of these countries' unwillingness or inability to adhere to certain baseline identity management, information sharing and national security and public safety assessment criteria that were established by the department in 2017."

Unlike the travel ban Trump unveiled in January 2017 shortly after taking office, which banned citizens of certain Muslim-majority countries from entering US territory, the latest directive was less sweeping.

The official said it would only target certain visa categories and would focus primarily on people seeking to move to the United States rather than those simply aiming to visit.

The American Civil Liberties Union (ACLU)was quick to condemn the new restrictions, saying that three years after the initial ban, the administration is continuing and "expanding its scope."

"President Trump is doubling down on his signature anti-Muslim policy — and using the ban as a way to put even more of his prejudices into practice by excluding more communities of color," the ACLU said in a statement.

"Families, universities, and businesses in the United States are paying an ever-higher price for President Trump's ignorance and racism," it said.