Why R. Kelly, Flying To A Wrong Place? 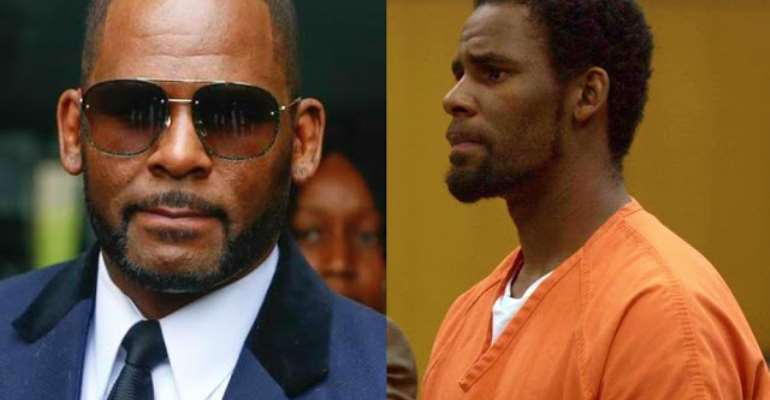 Singer R. Kelly wants to be released after health issues

R. Kelly has been one of my favourite musicians since in the nineties when I first heard of his inspirational song called ‘I Believe I Can Fly.’

“If I can see it, then I can do it, If I just believe it, there's nothing to it, I believe I can fly, I believe I can touch the sky, I think about it every night and day, Spread my wings and fly away” - Sings Kelly.

Without legal documents to live in Europe, the lyrics of this great song, which was released on November 26, 1996, played a significant role in my life to believe that one day I will have my papers. Here I am today.

Sometimes, it’s hard to understand why someone you like, life has to end up in that way, however, what we need to understand is, whatever one sows the same he shall reap, this is enough to serve as a warning, to be careful in whatever we do, especially to harm others.

The incredibly successful singer, as well as a professional basketball player, is involved in many trials of sexual harassment of minors, from which he has always managed to get out without significant consequences.

One of the victims decided to tell how Kelly soldered her and had sex with her when she was only 16 years old. She claims that the musician created around him a cult comparable to the commune of Charles Manson.

What has happened to Robert Kelly? As a successful musician with great tunes such as ‘The Storm Is Over, Gotham City, etc, he created songs for Michael Jackson as well and managed to become one of the world’s best R&B singers, combining soulful melodies.

R. Kelly helped 14-year-old R&B-singer Aaliyah to begin her career and record her first album. Later it turned out that the minor singer and her mentor and producer had an affair and they allegedly got married when Aaliyah was only 15. Both Aliya and R Kelly denied this, while the media declared the marriage illegal.

Kelly claimed that he loved Aaliyah just like any other person, and they had a close relationship while working on the album. In 2001, Aaliyah was already working with Timbaland, when she died in a plane crash, on August 25, with a video crew on board a small Cessna passenger plane.

Similar stories about R Kelly’s relationships with minors appeared in the media throughout his career.

In 2002, a Chicago-based journalist had at her disposal a video in which a man who looked like Kelly urinated on a minor girl and had sex with her. The journalist handed the tape to the police; the singer claimed that he was not the one in the video, but the case came to court six years later.

R. Kelly was accused of making child pornography and was threatened with up to 15 years in prison, but the jury decided to acquit the singer, in their opinion, the musician’s guilt was not proved one hundred percent.

This was largely due to the fact that the girl’s identity was not identified from the video, neither she nor her family went to court, and indirect evidence from acquaintances of the jury was not enough.

In the past several years, numerous people have accused R. Kelly of running a sex cult where he holds women against their will.

This testimony gave credence to the allegations that Kelly entertained young girls in the form of personal worship. The singer has been denied bail since he was accused and his trial is expected to begin this year.

In Illinois, aggravated sexual charges carry a harsh prison sentence, thus; if convicted, R. Kelly may be behind bars between 20 to 30 years.