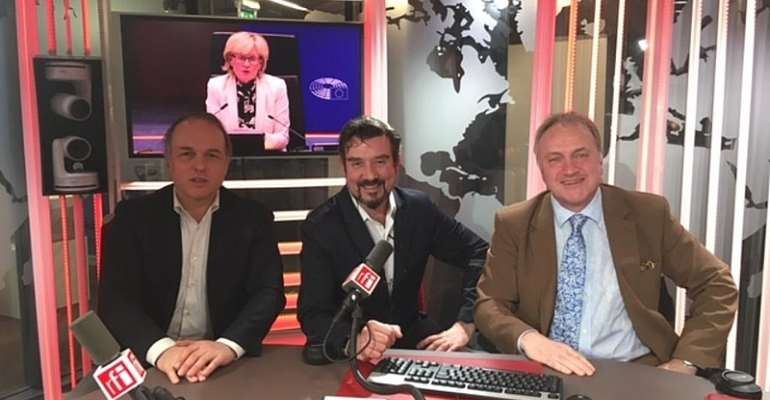 Today's broadcast is a special edition of Paris Live marking the historic day that the United Kingdom becomes the first member country to withdraw from the European Union after 47 years.

RFI's David Coffey is joined in studio by the President of the Mouvement Européen Yves Bertoncini and Chairman of Conservatives in Paris, Jeremy Stubbs to discuss the impact of this momentous occasion, the damage that it has inflicted over the past 3 years of vitriol and uncertainty and what lies ahead as the haggling over the terms of divorce are set to begin.

We also cross live to Crossmaglen, Co.Armagh to RFI's Jan Van Der Made to get a sense of how Brexit will directly affect communities and cross-border trade between the Irish Republic and Northern Ireland.

Reaction from London which voted overwhelmingly to remain in the European Union... and Brussels, where the EU 27 get their cards in place ahead of what will be tense negotiations.

And a look at how the French newspapers are approaching the UK's exit from the EU.