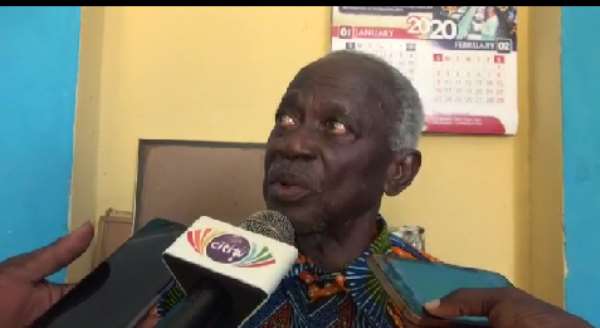 The Omanhene of Efua Ajumako Traditional area in the Ajumako Enyan Essiam District in the Central Region, Okukudurfo Ogyaboa Kwamena Ababio, says the traditional council will boycott all District Assembly meetings because he says chiefs have been eliminated from the local governance system.

According to the Chief, the assembly has allegedly refused to give them representation at the council for over four years hence their boycott.

“For over four years now we have not had a representative on the council of the assembly and we fill we have been sidelined for this reason we have decided to boycott any assembly meeting,” the chief said.

“As we speak now they are voting for the presiding member position but I am not attending and even if they call me I will not go,” he told Citi News.

Okukudurfo Ababio indicated that he nominated an individual as a representative of the traditional council to the assembly but that nomination was turned down because the individual was seen as a rival.

“I selected an individual onto the board but the assembly rejected that person because they suspect he is from the opposition side so since then, we have not had any representative,” Okukudurfo said.

“Other Traditional Council have but for us, we don’t have and this is not good for the traditional council,” he said.

He added that he will continue to boycott meetings of the assembly until a slot 5is given to the traditional council. Similar concerns from Manhyia

Because of similar concerns over the lack of representation, the Manhyia Palace has sent a circular to the government declaring its intent to withdraw its membership from the various assemblies.

The Bantamahene and chairman of the Kumasi Traditional Council, Baffour Asare Owusu Amankwatia VI also felt there was an attempt to sideline traditional leaders.

Some chiefs have in the past called for 30 percent representation in the membership in the local assemblies to enable them to participate better in the country's local governance.

The 70 per cent of the membership of the local assemblies is elected during the district assembly elections, while the 30 per cent is appointed by the government.

Though Article 276 (1) of the 1992 Constitution bars chiefs from taking part in party politics, the Constitution provides for traditional leaders to be appointed to public office positions.