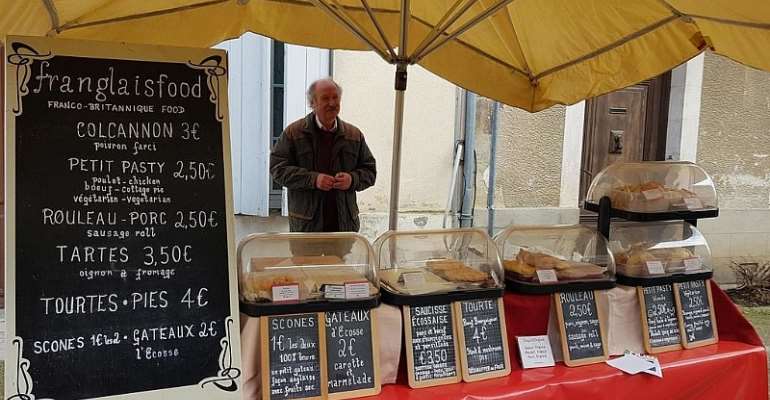 Dordogne in south-western France has the largest British expat community outside Paris. Some 20,000 people have settled there, drawn to the climate and quality of life. In Eymet, where one out of 10 of the 2,600 inhabitants are British, people are concerned over their "unsettled" status now the UK is officially leaving the European Union.

"Inexplicable", "stupid", "dangerous", "baffling" are just some of the epithets Brits in Eymet come up with to describe Brexit.

They regularly meet up in the local pub; or in the Café des Arts run by Julia Mainwaring who retired to Eymet eight years ago.

"Half my clients are British, half are French," Mainwaring says.

The town is quiet in the winter months but she does a roaring trade in the summer with "tourists from all over the world".

She wants to stay and carry on business as usual but is worried how her pension and access to France's healthcare system will be affected post-Brexit.

"I'm concerned like everybody, I have a house here, work here, pay taxes here, I use the health service, have a French car, so I would like to stay here," she explains serving her steady stream of locals.

"But I'm worried that Brexit might interfere particularly with my health and my pension because I draw my English pension here."

As a small business-owner Mainwaring is lucky not to be entirely reliant on her state pension, but many of her customers are. And that's a source of worry.

"The exchange rate is difficult for people, especially my customers who're on the minimum state pension. The value of their pensions is dropping and they're struggling to buy food and heat their houses. So it's very difficult and that could get much much worse."

'It leaves us feeling unstable'
Many expats were drawn to places like Eymet for its reasonably-priced, characterful old stone houses. And in the lead-up to Brexit local estate agent Julia did a lot of business as europhile British customers were keen to get a foothold on the continent. But she too is worried about the impact Brexit could have on exchange rates.

She regrets Brexit but prefers to look to the future.

"I wish it had never happened, but I'm also hoping that it's being built up to be more than it's actually going to be, so once the dust has settled life will return to normal as it was for the UK before the European Union."

'They have the right to ask you to leave'
Teacher Susan Woodbridge is less optimistic. She moved to Eymet two years ago, doesn't have French citizenship, and has lost a good deal of sleep over what happens now.

"I feel completely betrayed," she says over a drink at the Café des Arts. "And it's not a nice feeling now to feel I'm not part of the union that I really wanted to remain part of."

She says she's already had some administrative issues online relating to health insurance and fears this could be just the beginning.

"I'm not convinced that it will be an easy, smooth process. And the problem is now, because we're in a situation where we're obliged to present ourselves to the authorities in order to have permission to live here, that in itself is worrying to me.

"It may all be fine, but they do have the right to ask you to leave and that's the bottom line. That's what makes me so unhappy and so angry that I'm in that position."

No intention of returning to England
Eymet's mayor, Jérome Bétaille, is doing his best to chivvy people along. He recognises the British expats have helped inject new life into the small town, keeping schools and small businesses open, or indeed opening their own. He's relieved that despite concerns expats would pack their bags in big numbers, this hasn't happened.

"So I'm not worried. We have to wait and see whether they'll need visas, what the impact on access to healthcare and exchanging euros into pounds will be. Everything needs to be sorted out and we'll help people with the procedures so they can overcome those hurdles."

Lisa, like so many of her compatriots would like to remain in Eymet... or in Europe at least.

"Eymet's been very welcoming to us [...]  life in France has helped us as a family change for the better so we have no intention of going back to England," she says. "But whether we stay in this area or in France or somewhere else in Europe we don't know."

"The ones who are staying on in Eymet now really want to be European," says Tim Richardson, a British-born local councillor who obtained French nationality.

He wasn't in favour of Brexit, but sees at least one positive side.

"We'll no longer talk about 'the English of Eymet' but 'the Europeans of Eymet'.”

This report is part of the Spotlight on France podcast. Listen here.