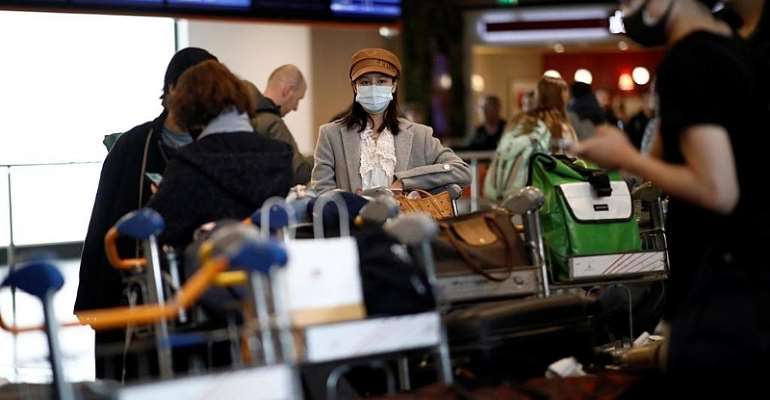 A jet carrying around 200 French citizens from the virus-hit Chinese city of Wuhan has landed in southern France. The passengers will undergo a 14-day quarantine in a holiday camp, in case they are carrying the new coronavirus.

There are already six known cases in France, the first European country to be affected.

Air France has suspended its three weekly flights to Wuhan. The national carrier said on Thursday it had halted regular flights to Beijing and Shanghai until 9 February, although it added it would fly special flights with volunteer crews to evacuate employees and clients.

A number of other airlines are halting or reducing flights to China as the country struggles to contain the spread of the coronavirus.

China has advised its citizens to postpone trips abroad and cancelled overseas group tours, while several countries have urged their citizens to avoid travel to China.

The World Health Organization declared an emergency over the virus on Friday but said it "does not recommend and actually opposes any restrictions" on travel and trade to China partly because such action could disrupt needed aid.

The epidemic has killed 213 people and infected nearly 10,000 worldwide including at least 80 outside China, Macau and Hong Kong.

Here are the main developments: