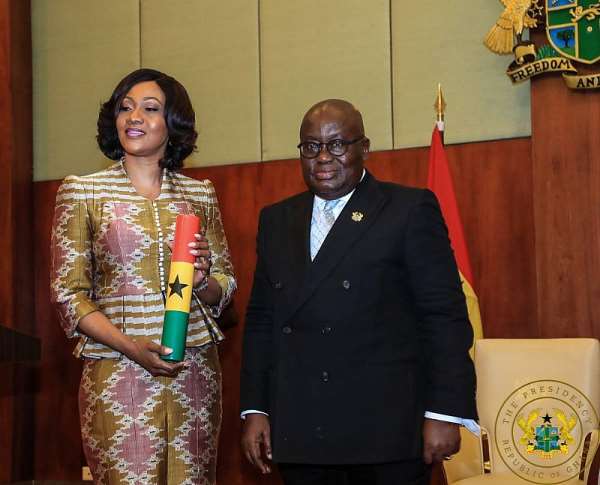 In the 27 years of the Fourth Republic, massive, systematic electoral fraud has denied Ghanaians their right to freely elect their government.

Today, Ghana stands as a beacon of light on the African Continent due to its participatory democracy. The eighth national elections, will be held on December 7, 2020 and this needs the attention of every well meaning citizen.

And if the election is free and fair, Ghana would have further become stronger its political freedom and the restoration of the national confidence. But a free and fair election cannot be held without fundamental changes in the deeply flawed Ghanaians electoral process.

Even with the introduction of "The Biometric Voters Registration Kit (BVR)" for the 2012 registration, the system had challenges during the registration period and on the elections.

In 2012, I had the privilege to be recruited by Electoral Commission as a Registration Coordinator for the Voter Registration exercise and as a Presiding Officer for the December elections. The registration exercise was fraught with fraudulent insertion of people who were not qualify to be registered on the voters list. The two main parties were guilty and the need to remedy is now. Those resisting the new voters list were guilty and same for those insisting a new voters list to be compiled.

From observation, the country's current electoral machinery have over the years been ideally suited for manipulation -- an opportunity for fraud which "governments" have repeatedly seized. If the election is to be free and fair and perceived as such, the entire process must be opened to public scrutiny, in two fundamental ways.

First, the entire electoral process must be opened to neutral observers to negate the mistrust. Although polling agents of the opposition parties are permitted by law to observe all aspects of the voting, allegations of police and electoral officials acting at the behest of the governing party have in the past prevented these polling agents from witnessing crucial portions of the electoral process.

Second, the presence of trained and able neutral observers to witness every aspect of the electoral process, from the creation of the new list of voters through the balloting on Election Day to the final counting of the votes, is indispensable to bolster domestic monitoring efforts.

No one can be denied or disenfranchised if the person meet all the requirements of a voter. Those claiming that the Elections could be compromised aren't being honest. Any such claim is a mirage. The days when people could snatch ballot boxes, stacked with ballots are over. Because any incident of a kind renders the votes of the polling station null and void. So it is not possible for anyone to rig elections no matter what. Notwithstanding I support the idea and a need for purging the voters list. The idea should be encouraged as it will greatly correct the bloated perceptions.

The arguments against the Electoral Commission concerning the procurement entire system is really worrying. As to the credibility of the vote register in respect to the current "BVR" my response is "Yes and No".

Every system has a lifespan no matter how robust. Technology is very dynamic and highly transitional. Manufacturers develop software applications and hardware for specific duration. Each has a terminal point, therefore any integration or migration of old and new demands prudent planning and prudent use of resources. I think, the approach of the Electoral Commission from reasoning point by far is very good and convincing.

For anyone to link the procurement and the new voters registration to the ongoing feud or stand off between the Electoral Commission and the NDC is grossly mistaken. The entrenched attitude is absolutely nonsense because it is all about personality clashes. The arguments about the financing are a facade of deceptions.

The undercurrent bubbles is between Asiedu Nketia and Jean Mensah. I'm inclined to believe that Asiedu Nketia has a bone to pick up with the Jean Mensah and is manipulating the NDC for a personal vendetta.

Below is the process at a polling station that makes "THE BALLOT BOXES NOT OF MUCH RELEVANCE AFTER THE COUNTING OF THE BALLOTS". The arguments rigging is untenable because it is not possible. Elections are won at Polling Stations. Let's proceed with the steps and stages that happens at the close of polling.

Once the total ballots have been determined by counting at the places of poll, the ballot boxes in actual fact do not matter much any longer. The concern over the integrity of ballot boxes and the need to keep safe from attack after the count are of no importance than useless blunder.

At the end of counting, the totals for each party are compared with that which the polling agents and counting agents would have recorded. This is to ensure that there is no dispute as to the number of votes which each party receives.

Those who are witnesses to the counting of the ballots are then required to sign the Statement of Poll, copies of which are then given to them. Once a political party has a representative in the polling station that party should have a copy of the signed and certified Statement of Poll.

This foolish or unacceptable behavior, about having supporters outside of the polling stations to work the dayshift and nightshift is nonsense. There is no need for anyone outside of the polling stations to protect the ballot boxes after counting, because the principal document for the count is the Statement of Poll which bears the signatures of the Presiding Officer and those who witnessed the count, including the party representatives.

Copies of the Statements of Poll are to be pasted at each of the polling stations so that the public can view the results.

As mentioned before, the party polling agents also receive copies and this result is often transmitted by them to their command centers where they do their own tallies. It should be noted that the political parties therefore know by the next morning who won the elections.

Therefore the call for people to protect the ballot boxes is nothing other than absurdity and nonsense. The ballot boxes become unimportant under the circumstances as soon as the Statements of Poll have been finalized and finished.

Any call for the protection of the ballot boxes is mischievous and can lead to unnecessary agitation as was the case in 2019 at Ayawaso where ignorants spread malicious and false rumours about arms and ammunition being stored at a location.

There is also no need for party supporters to congregate outside of any polling station during the hours of polling. In fact, it is not lawful for them to be within a certain perimeter of the polling station. Their presence can constitute more than just campaigning; it can place voters under duress.

The call for the massing of party supporters at polling stations caused the problems that was witnessed during the Ayawaso bye-elections. When the party supporters outside of a polling station in the Lodging of a candidate, were accosted for allegedly plotting to cause or disrupt the elections, the end result was disturbing and this should inform supporters to be wary of their leaders and guard against their lives.

The incident should deter Political Parties to be thinking about having their supporters work the 'dayshift' and the 'nightshift' to protect what?

Why must you get yourself to tango with the law? Why get injured for some irresponsible people - someone who doesn't love you more than himself or herself?

My caution to everyone - whichever "Party" we support, we have to remind ourselves that the troublemakers are out there looking for a reason to cause problems. They are anxious to seize the chance to burn, beat, loot and rob. The politicians must not inadvertently create the environment for them to do so because innocent people will suffer. That's my admonition to you.