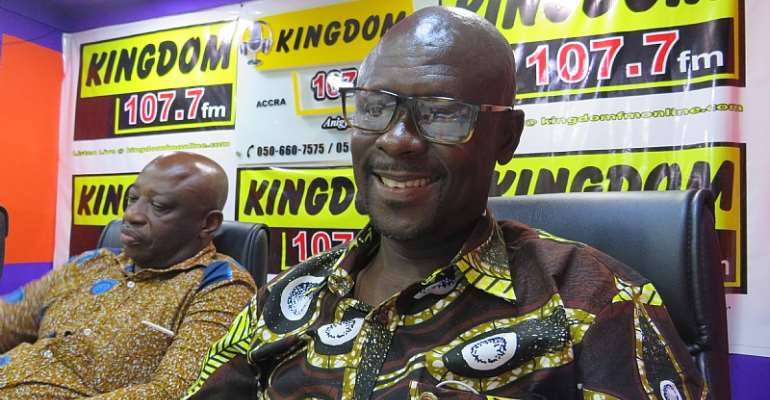 A former Director of Communications for the governing New Patriotic Party (NPP), Yaw Adomako Baafi has said John Mahama and his administration have cost financial loss to the state for the procurement 30 ambulances and ‘Onuador’ Medical Vans which was not fit for purpose.

”Mahama has caused financial loss to the state for buying those ambulances which were not equipped with the necessary materials needed, the car is not ambulance it can only be used for trotro,” Adomako Baafi told Kwaku Dawuro on Accra based Kingdom FM 107.7

According to him, the Ambulance Service had identified that the vehicles were not fit for the purpose.

Adomako Baafi revealed that the contract which was entered between the government and [email protected] in 2010, did not go through any competitive bidding process.

He added further, soon after the arrival of the vehicles into the country, a report on a technical examination conducted on the vehicles in 2015 by global automobile manufacturers, Mercedes Benz, detected as many as 18 different defects on all the vehicles.

The 30 ambulances, which formed part of 200 ambulances that were to be procured by the Ministry of Health to boost the healthcare delivery under a contract, cost 2.4 million Euros and were rejected because they did not meet specifications. A unit cost 79,000 euros.

Chief Executive Officer of the National Ambulance Service, Prof. Ahmed Zakariah, explaining why the service rejected the ambulances, said an ideal ambulance, right from beginning, is designed with the needed equipment factored into its manufacturing, but with the rejected ambulances, they had already been manufactured and improvised with equipment to look like ambulances.

“The fitting inside will fall with time and cause harm to patients,” he observed.

He disclosed that the ambulance service was left out during the procurement process.

Prof. Zakariah said normally, the service conducts three different inspections of the ambulances – twice during the manufacturing and once before they are shipped into the country – but that was not done during the last procurement process.

“But with these, we were not part of the inspections; we only did a post-delivery inspection and that was when we discovered the anomaly,” he said.