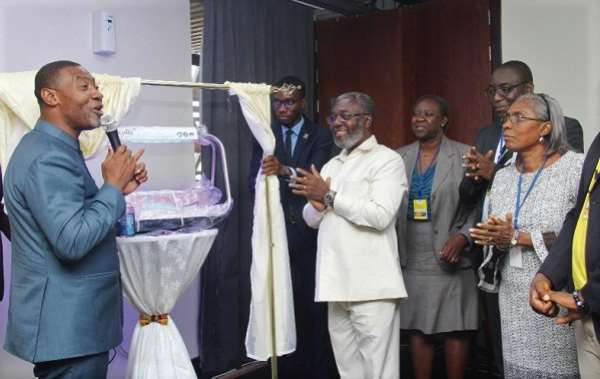 Data from the Ghana Health Service (GHS) have established that jaundice in newborn babies has been on the rise for the past five years, recording 9,273 cases in 2019.

Newborn jaundice, one of the causes of disability, especially, cerebral palsy in children, is the yellow discolouration of the skin and eyes in the first 28 days of life.

In a presentation at a national neonatal jaundice conference in Accra yesterday, the acting Director of the Family Health Division of the GHS, Dr Isabella Sagoe-Moses, expressed worry over the fact that most of these children died or suffered permanent disability due to late detection and treatment.

She said although prevention was not always possible, early detection and treatment were critical to saving newborn babies from death and the dire permanent consequences of jaundice such as cerebral palsy and other disabilities.

She attributed the high neonatal jaundice cases to negative socio-cultural practices and beliefs such as exposing the babies to the early morning sun and spilling breastmilk on the eye when symptoms begin to show rather than seeking immediate health care in an approved facility.

She also attributed the rise in the prevalence to inadequate infrastructure, health knowledge and skill.

The forum
The forum was organised by Africa Health Supplies in partnership with the Paediatrics Society of Ghana, the Ghana Health Service, the Korle Bu Teaching Hospital and the Presidential Advisor on Health.

It was aimed at brainstorming how to raise public awareness of neonatal jaundice and improve care for affected children.

It was held on the theme: “Reducing infant mortality through neonatal jaundice awareness”.

The occasion was also used to launch a facility for assembling medical suppliers for the treatment of neonatal jaundice, such as phototherapy equipment and infant beds to aid photo therapies, respiratory supporters and warming systems.

Dr Sagoe-Moses said the other reason for the prevalence was the inability of some health professionals to diagnose neonatal jaundice.

A global evangelist and chairperson for the forum, Dr Lawrence Tetteh, also underscored the need to simplify health promotion in terms of language for the understanding of the ordinary person in order to make the maximum impact.

Neonatal jaundice
Dr Hilda Mantebea Boye, who is a paediatrician and secretary for the Greater Accra Branch of the Paediatric Society of Ghana, said the disease could also cause learning disability, epilepsy, visual impairment, hearing impairment and death and was not “discriminatory” as babies born to any person could develop jaundice after delivery.

On what caused neonatal jaundice, she mentioned that infections during pregnancy; blood group differences between mother and baby, G6PD deficiency and camphor use, biliary atresia and galactosemia as some of the causes.

Dehydration from poor feeding, abnormal blood cells, bruising at birth, liver disease among others, she added, were some of the other causes of jaundice in babies.

She cautioned against the use of herbal medicine to treat neonatal jaundice, saying that “there are a few people who try herbal medications and end up causing brain damage to the baby or even death”.

She also discouraged the practice of hiding babies indoors for the first week, as that might prevent mothers from noticing the jaundice in poorly lit rooms.