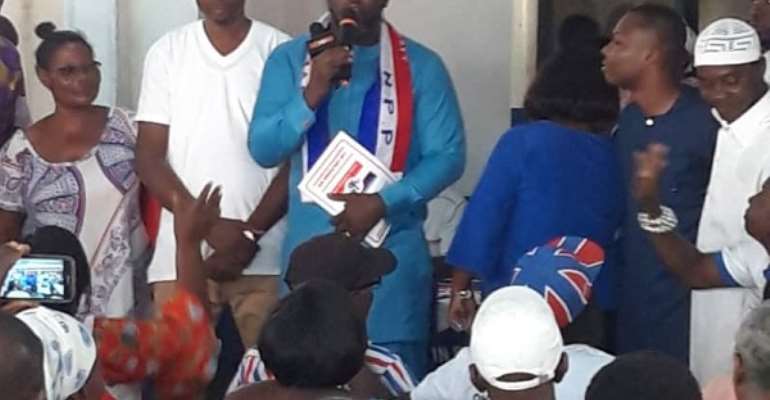 Supporters of the Member of Parliament (MP) for the Ablekuma West Constituency, Ursula Owusu-Ekuful, have picked nomination forms on her behalf for the upcoming New Patriotic Party (NPP) primaries to elect presidential and parliamentary candidates for this year's election.

The delegation led by a former contender of Owusu-Ekuful in the 2016 primaries, Roni Nicole, was at the NPP Constituency office on Wednesday to carry out the necessary procedures.

After picking the forms, the head of the delegation in an address, affirmed the commitment of supporters that consisted of constituency executives, coordinators and polling station executives to endorse the candidature of Owusu-Ekuful who was in her second tenure as MP.

“Our solid and unequivocal decision is based on the successful record of her leadership in bringing about development to every facet of our constituency,” he said.

He said that the remarkable performance of the MP should not be truncated by “rancorous” internal party contest but rather hinged upon a deserved continuity.

The leadership qualities of the MP, he explained, had brought massive developments such as scholarship programmes, creation of the Ablekuma West Municipal Assembly, granting of loans to constituents, road projects, building of police posts and a maternity block.

The NPP on January 20, 2020 opened nominations for its upcoming presidential and parliamentary primaries where party election was slated for April 25, 2020.

Aspiring presidential candidates are required to pay GH¢200,000 as filing fees while the flag bearer aspirants will pay a non-refundable application fee of GH¢20,000 for nomination forms.

Savannah: NADMO to clear buildings on waterways after heavy ...
1 hour ago