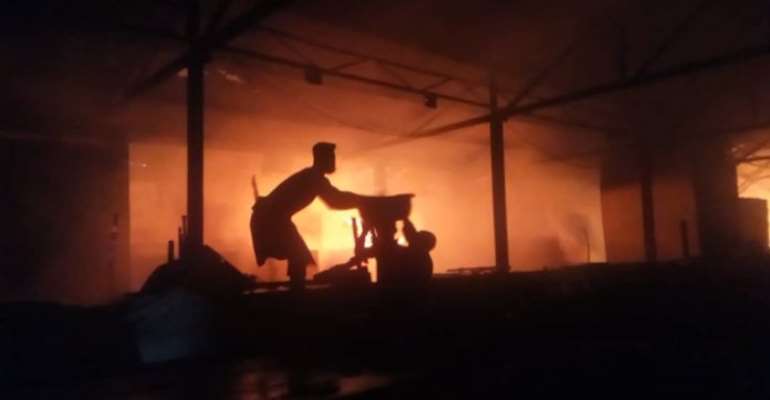 Tragedy hit a family when four children of the family were burnt to death at Bonche, a farming community near Portor in the Kintampo municipality in the Bono East Region, yesterday.

How it started
According to the police, the eldest of the siblings, Freda, set fire to drive some bees that had invaded their cottage, in the process of which the fire gutted the structure, burning the children to death.

The incident happened when their parents had gone to the farm.

The Bono Regional Police Public Relations Officer (PRO), Chief Inspector Mr Augustine Kingsley Oppong, who is also in charge of the Bono East and the Ahafo regions, told the Daily Graphic that when the police visited the scene with some community members, they found the charred bodies of the deceased.

According to him, the police at Kadelso, near Kintampo, received a distress call from the Assembly Member for the Gulumpe Electoral Area, Mr Emmanuel Tananja, about the incident.

“The police rushed to the scene and found all the children and the structure completely burnt,” Chief Inspector Oppong said.

He said the bodies were removed and deposited at the Kintampo Municipal Hospital mortuary, pending autopsy.

Government extends electricity to seven communities in Savan...
42 minutes ago