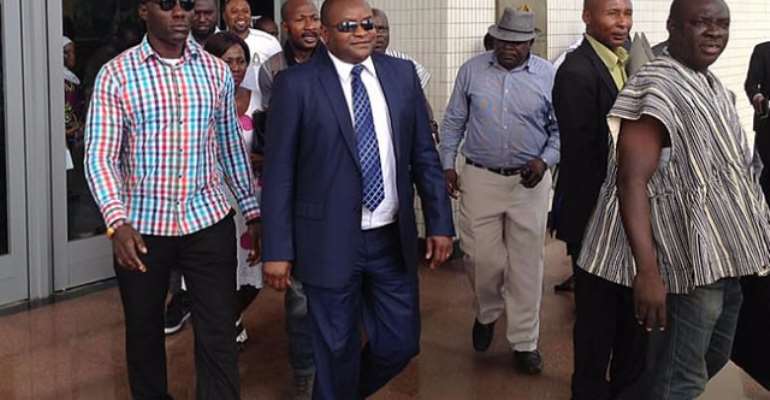 The meeting organised by the eminent advisory committee with political parties and the electoral commission to find solutions to the voters’ register impasse has ended in a stalemate after parties argued their position.

The parties and the commission once again failed to settle on an amicable solution on whether the nation requires new voters register for the December polls.

As tension engulfed the meeting, Starr News reporter Daniel Nii Lartey reported that the founder of the APC Hassan Ayariga and founder of the LP party Kofi Akpaloo were engaged in physical exchanges.

The police had to call for more personnel in order to restore calm from the chaos that was generated by the two politicians who are on both ends of the voters’ register debate.

“There were exchange of blows; the leader of the LPG had to carry a chair [and] by the timely intervention of Archbishop Palmer-Buckle, there would have been bloodshed,” NDC deputy general secretary told Starr News.

The Inter-Party Resistance Against New Voter Register (IPRAN), has petitioned former President Jerry John Rawlings to seek his counsel in its quest to stop the Electoral Commission from compiling a new register ahead of the 2020 elections.

A delegation of the coalition, led by Peoples National Convention (PNC) National Chairman, Bernard Mornah, who met the former President at his office on Tuesday, said the Electoral Commission’s “refusal to listen to wise counsel particularly from persons who have participated in the electoral process for a very long time has led to very painful but wrong decisions”.

Detailing the group’s stance against the Electoral Commission’s proposal, the PNC Chairman said during the last local government elections there was a 0.6 failure rate with the use of the existing biometric equipment and questioned why based on such a high efficiency rate, the Commission would wish to replace equipment and also do away with 17 million names in the voter database.