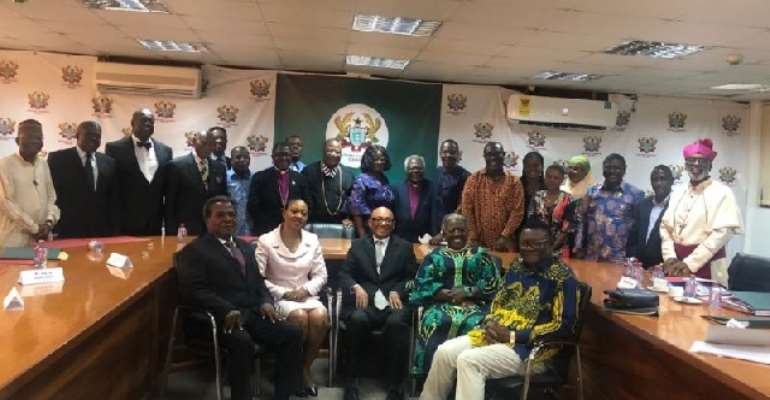 On Thursday, 30 January at the meeting, some of the participants almost exchanging blows but for the intervention of the clergy and high-profile persons at the gathering.

The brawl, according to Class News’ sources, was between the founder of LP Kofi Akpaloo and the General Secretary of the APC.

The two are on the extreme ends of the debate over whether or not to compile a new register.

While the EC reiterated its manifold reasons to justify the decision for a new register, the biggest opposition party, the National Democratic Congress (NDC) and other parties which make up the Inter-Party Resistance Against a New Register of Voters (IPRAN) were stuck in their opposition to the move.

The meeting was called at the instance of the Eminent Advisory Committee following agitations by those opposed to the compilation of a new register.

The uncompromising positions of the two sides at Thursday’s meeting meant that no progress was made.

Already, the EC has announced that it would start the registration exercise on 18 April 2020.

Those opposed to the idea have accused the EC of bad faith. They suspect the EC is railroading the process without proper consultation so as to rig the polls in favour of the incumbent party.

As a result of the stalemate, IPRAN says it would proceed with its decision to occupy the EC on Tuesday, 4 February 2020.