It's Senseless Giving Opportunities To Only Party Members – Mahama 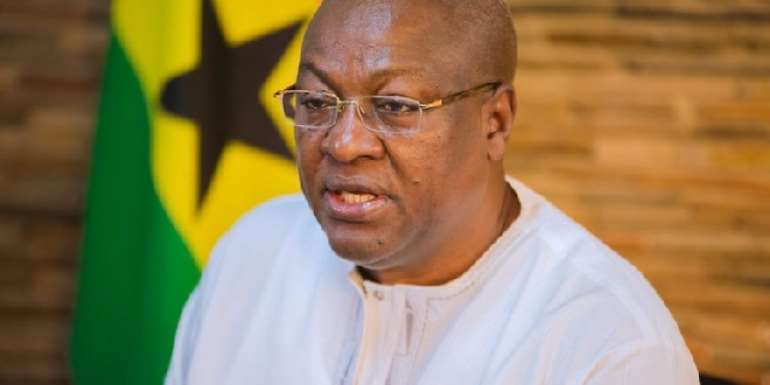 Former President John Mahama has said it senseless for the Akufo-Addo government to only give business opportunities to members of its own while denying other Ghanaians such opportunities.

“The NPP employed a new Director-General of the Ghana Health Service and some group said he was an NDC man. [After] two weeks in office, they sacked him. So, if you're an NDC [persons] you're not a Ghanaian? So, if NDC comes back, do they also do vice-versa? It doesn't make sense.”

The Flagbearer of the National Democratic Congress (NDC) said in his Facebook interaction on Thursday, 30 January 2020.

“Until we open the opportunities to Ghanaians, no matter your ethnic or political orientation, this country is not going anywhere”, Mr Mahama asserted.

“I was accused by my party that we were too open and that we allowed NPP people to do business. Why not? It doesn't matter who is in power; every Ghanaian is entitled to invest and make money, and I don't see a problem with it and, so, if someone qualifies to do a job and it’s a government job, give it to the person”, Mr Mahama noted.

According to him, “Businesses are collapsing due to the present economic state”.

“If the President decides to sit with businessmen and ask about how their businesses are faring, he will hear their woes. In an interaction with some of them, they emphatically stated they are moving their businesses to Côte d'Ivoire.

“The reality of the economy will expose you”, he added.