Corruption? ‘Report To My Office’ 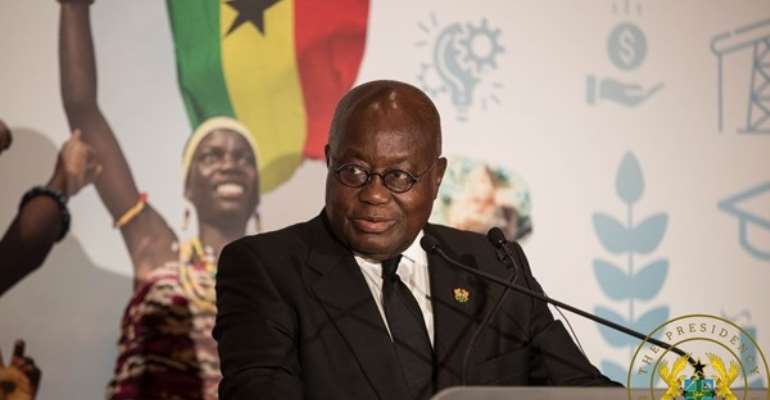 President Akufo-Addo's call on members of the diplomatic corps to report to his office evidence of corruption on the part of his appointees is a rarity.

The demand which was made when he hosted the envoys at the Peduase Presidential Lodge on Tuesday, for us, comes in the wake of sometimes loose and baseless charges of corruption levelled against government officials.

We maintain that for the corruption tag to be festooned around the neck of somebody, the charge should be evidenced-based and not originating from flimsy premises which cannot stand the test of adjudication.

Corruption is a favourite mantra of politicians on the other side of the aisle as they throw it at their opponents with reckless abandon; the objective being scoring electoral dividends.

With elections scheduled for the end of this year, the pastime would be aggravated by unscrupulous politicians.

We observed it when a certain diplomat jumped into the fray of reckless politicking as though he belonged to one of the opposition parties.

He told curious Ghanaians who found his actions incompatible with his status as a diplomat that his was the new face of diplomacy approved of in his country. He hid behind the cloak of the 'novelty in diplomatic practice' to throw scum at those deserving of such treatment in his estimation.

Although that diplomat has ended his duty tour and returned to base, some envoys have taken to his style: posting unsubstantiated allegations without proof.

Making such observations by diplomats is in order, since after all, reporting about the situations in their host countries to their home countries is part of their terms of reference, a standard practice. The President is, therefore, not asking them to close their eyes to occurrences in Ghana but wants them to report with evidence cases of graft so he can take the necessary action.

The President's daring feat in requesting for details and proof of graft from diplomats about his appointees is unrivalled.

As a former diplomat with total appreciation of the subtle nuances of diplomacy, the President even after following the predispositions of some diplomats was discreet about the details of such dignitaries.

A President who continues to tout his unblemished record of never been bribed and non-bribable can afford to be this confident. He would be able to take immediate action against his appointees when the evidence adduced are able to stand the rigours of judicial scrutiny.

Taking knee-jerk action against persons accused of corruption when proof of the anomaly are not available is an iniquity which for us are as grave as graft itself.

The President's call on the diplomats is certainly directed to others too who might have evidence of corruption against government appointees to step forward with evidence. Nation-building is a shared responsibility and behoves all to contribute their quota towards achieving the feat.

The incidence of corruption should not be restricted to the current holders of public office; it should go beyond it. The statistics of corruption cases on the part of previous office holders are many and as the President mentioned to his guests, some are already being dealt with by the judicial system.