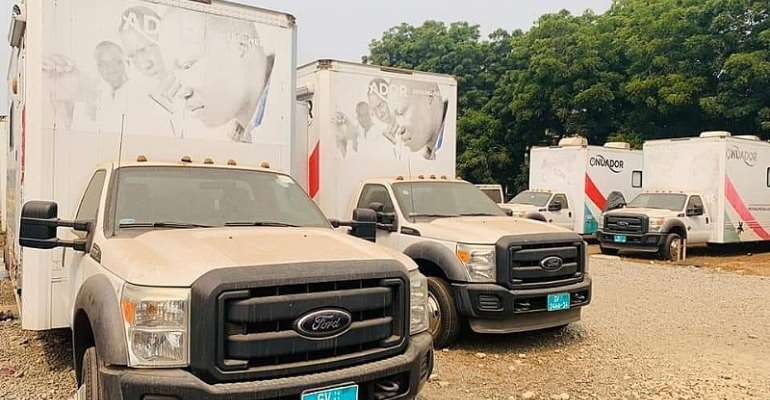 Dear Mintah Akando,
The Onuador vans were brought into this country somewhere 2014 and registered in 2014!

You are one of the people Jm referred to as having short memories; let me therefore remind you, that between 2014-2016, not Akufo-Addo nor his father, nor Kwame Nkrumah was President of Ghana.

Your sudden lame call to deploy these vans when you couldn't do so after they were bought during your tenure, is nothing but a misplaced one!

That not withstanding, such medical vans are deployed mostly in situations where there are medical emergencies or deployed to locations as an when the need arises. In fact you could term these vans as “ moving Hospitals“. Disasters such as floods, wars, epidermics are happenings that normally necessitate their usage.They are not meant for routine medical care provision.

Ghana had no medical emergency that required “medical outreach vans” at the time, hence, I wonder the rational for their purchase. Or were you anticipating the NDC's failed attempt to cling onto power after losing power in 2016? ( We all know the NDC didn't want to hand over power in 2016 until certain prominent people intervened )

Let's ask ourselves, how many onuador vans were purchased, and what formula where they going to use or should be used for the distribution?

Unlike the "Akufo-Addo ambulances" where every constituency had an ambulance (and there's even extra in the custody of the national ambulance service) with these onuador vans, who should get and who should not get ?

Is there any medical emergency requiring the deployment of medical outreach vans at this material moment necessitating your calls for deployment or your party known for what it is , is planning to foment trouble somewhere ?

Do you know how much is required to service these vans and their operational cost?

As we lace our boots for the " 2020 games" we wont allow you to spew emptiness and go scott free. You and your NDC must up your game; we do not have short memories!