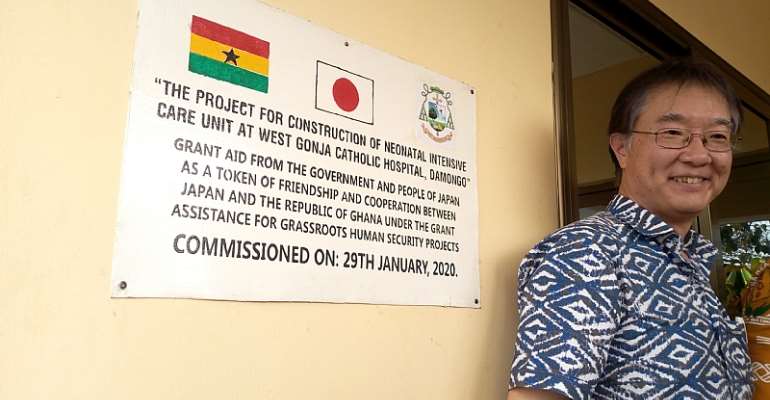 The Embassy of Japan under Japan's Grant assistance for Grassroots Human Security Projects (GGHSP), has handed over an ultramodern Neonatal Intensive Care Unit to the West Gonja Catholic Hospital in the Damongo in the Savannah Region.

The project which is funded with a total cost of about $87,832000 is a grant aid from the people and government of Japan.

Speaking at the commissioning of the project, a representative from the the Japanese Embassy, Mr Hiromoto Oyama said the increase in maternal and child mortality is a challenge in achieving sustainable development goal.

He said the project will go a long way to address the issue of child mortality not only in the West Gonja District but the entire Savannah region.

He went further to say that the the health of the people in the Ghana is not only a concern to the government of Ghana but also to the people of Japan since Ghana and Japan friendship dated way back.

He said his government has supported especially the health sector in Ghana and pleaded with the management of the hospital to take good care of the facility and effectively use the facility.

The West Gonja District director of health services, Hajia Sulemana Fuseina said the facility is the first of it's kind in the entire region which has come at the right time since several cases recorded in the hospital are referred to either the Komfo Anoakye Teaching Hospital in Kumasi in the Ashanti Region or the Tamale Teaching Hospital in the Northern Region.

She said most of the cases recorded sometimes ends up with mothers losing their babies as a result of the stress involved in travelling outside the district.

She therefore could not hide her joy after receiving the facility and has promised to take good care of it since it will not serve only the people of Damongo but also a referral center to some hospitals in the region.

Hajia Fuseina however appealed to the people of the region and other bodies to help in furnishing the hospital with incubators,heart rate monitors etc for the unit to function effectively.

The Medical Supretendant of the West Gonja Hospital, Dr Saadare Aanlangmen thanked Japanese government on behalf of the hospital and took the Japanese envoy round the facility. 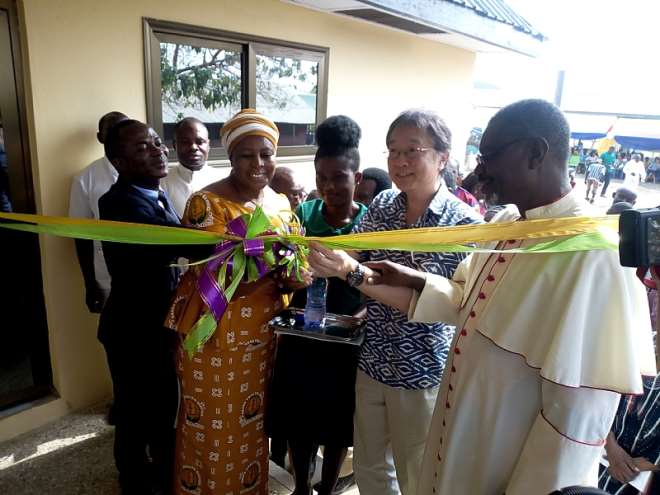