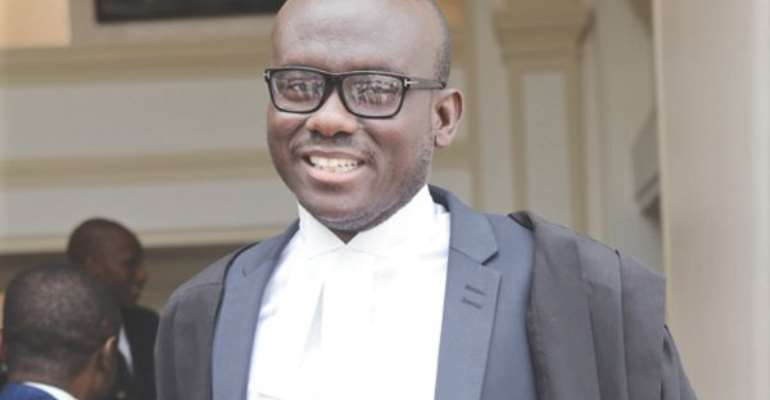 A Deputy Attorney-General and Minister for Justice, Godfred Dame has clarified issues regarding the preliminary note written to the Finance Minister Ken Ofori-Atta on the revocation of the license of uniBank.

It emerged that the Attorney-General's Department in its preliminary observations upon a request for comments on the matter, advised against the revocation of the bank’s license suggesting that it will be illegal to do so.

The position was however not adhered to by the Finance Minister.

But, Godfred Dame in a Citi News interview said the Attorney-General's official position on the matter was different, indicating that there was nothing wrong with revoking the defunct bank’s license.

Speaking on Eyewitness News on Friday, Mr. Dame said the initial letter to the Finance Minister on the subject was only a first step in the process and his office’s official position on the case was what it argued in court.

“This letter only constituted a first opinioned step that we take in the matter. It is no different what pertains in other cases that we handle on behalf of the Ministries, Departments and Agencies of state…I wonder how a person could ignore all the official positions taken by the AG on the matter and conclusions made by the court as well as the arbitrator,” he said.

A letter signed by a Deputy Attorney General, Godfred Dame indicated that the entire process leading to the appointment of KPMG as an official Receiver of uniBank was unlawful and illegal.

“It is beyond dispute that the official administration uniBank was placed under, terminated with the revocation of the license of that bank and the appointment of a Receiver for selected assets and liabilities. It seems that these actions cannot be supported in terms of section 122 (2) of Act 930. As observed above, section 122 (2) stipulates circumstances under which official administration may validly terminate at an earlier time, including a situation necessitating a revocation of the license of the bank under section 16 or liquidation of the bank in accordance with sections 123 to 139 of Act 930.”

“Thus based on the clear language of section 12 (2), any revocation of license pursuant to a recommendation of the official administrator under section 122 may be done in accordance with section 16 of Act 930. It is undeniable that a revocation of the license of uniBank was not based on section 16 of Act 930, because this would have required compliance with provisions of that section which further stipulates the provision of notice in writing to the bank, specification of the proposed action and the grant of at least thirty (30) days opportunity to the bank to make written presentation. It, therefore, cannot be asserted that the termination of official administration was effected in accordance with section 122 of Act 930,” the letter read.

But Godfred Dame insisted that persons circulating the letter and suggesting that the Attorney General was against the revocation of uniBank’s license were only being mischievous.

Avoid greed, dishonesty and hypocrisy in galamsey fight – As...
19 minutes ago