US warns against China travel, as virus death toll hits 213 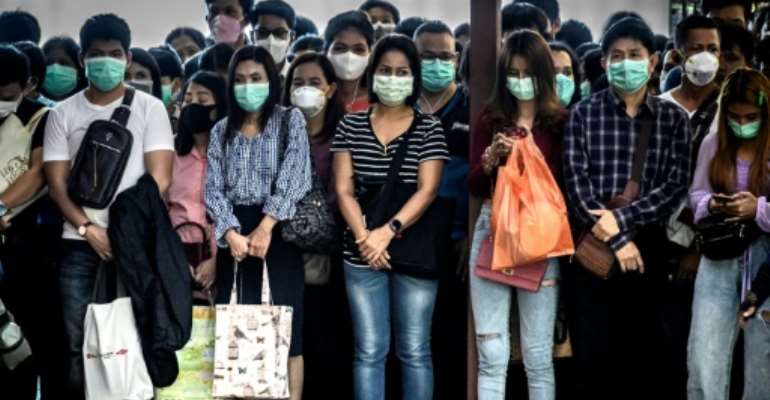 The United States told its citizens to avoid China after the World Health Organization declared a global coronavirus emergency, as the Chinese death toll rose Friday to 213 and total infections surpassed the SARS epidemic of two decades ago.

The State Department raised it warning alert to the highest level, telling Americans "do not travel" to China and urged those already there to leave.

Hours earlier, the WHO, which was criticised for initially downplaying the virus threat, changed tack after crisis talks in Geneva. 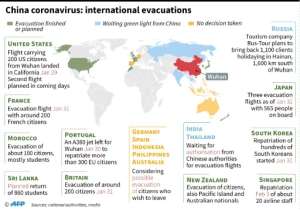 Graphic on the different evacuations plans for foreigners in China.. By (AFP)

"Our greatest concern is the potential for the virus to spread to countries with weaker health systems," WHO chief Tedros Adhanom Ghebreyesus as the emergency was declared.

But, with the disease spreading to more than 20 nations, authorities, businesses and worried people around the world were taking matters into their own hands.

Japan on Friday urged its citizens to avoid non-essential travel to China, following similar warnings by Germany, Britain and other nations in recent days.

Those warnings are not as definitive as the US directive against all travel to China.

Among the array of other extraordinary containment efforts, many major airlines this week suspended or reduced flights to China. 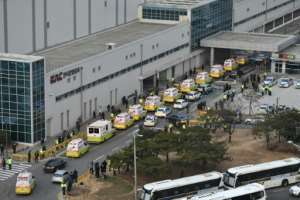 Ambulances are seen at Seoul Gimpo airport waiting for a plane carrying South Korean citizens repatriated from the Chinese city of Wuhan. By Jung Yeon-je (AFP)

Some countries banned entry for travellers from Wuhan, the city in central Hubei province where the virus first surfaced.

Italy and Israel on Thursday barred all flight connections with China.

Impoverished Papua New Guinea went so far as to bar all visitors from "Asian ports".

China said Friday it planned to send charter planes to bring back Hubei residents who are now abroad, citing the "practical difficulties" that they have encountered overseas. Those from Wuhan will be returned to their quarantined city, the foreign ministry said. 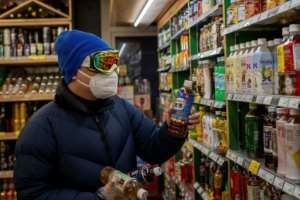 In a sign of growing global fears, more than 6,000 tourists were temporarily confined aboard their cruise ship at an Italian port after two Chinese passengers fell ill. They later tested negative for the coronavirus.

And a pilot union in the United States sued American Airlines to demand it halt all flights to China.

But the number of new deaths and cases continues to swell.

The death toll was hiked on Friday to 213 after 43 new deaths, all but one in Hubei. Most deaths have been elderly people. 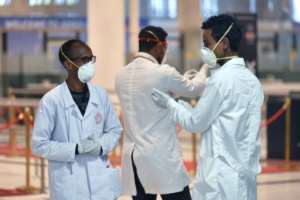 That exceeds the 8,096 cases from SARS (Severe Acute Respiratory Syndrome) a similar pathogen that spread to more than two dozen countries in 2002-03, and killed 774 people, mostly in China and Hong Kong.

Another 102,000 people are under medical observation in China with possible coronavirus symptoms.

The new virus is believed to have emerged in a Wuhan market that sold wild game, and spread by a Lunar New Year holiday season in which hundreds of millions of Chinese travel domestically or abroad.

China has suspended school nationwide and extended the Lunar New Year holiday in an effort to limit people travelling.

Thousands of foreigners have been trapped in Wuhan since it was sealed off last week, and countries have been scrambling to organise evacuation flights for their nationals.

France on Friday airlifted around 200 of its citizens from the city. They will be placed under two-week quarantine back home. 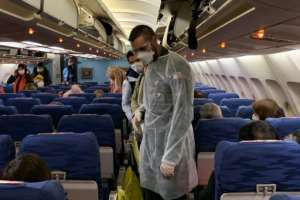 France became the latest country to evacuate some of its citizens from the locked-down city of Wuhan. By Hector RETAMAL (AFP)

Japan and the United States were the first to fly citizens out on Wednesday.

Others that have done so include South Korea and India.

Three people aboard Japan's first evacuation flight tested positive after landing back home, two of whom showed no symptoms, underscoring the difficulty detecting the coronavirus.

Japan has drawn criticism by allowing its evacuees to "self-quarantine". 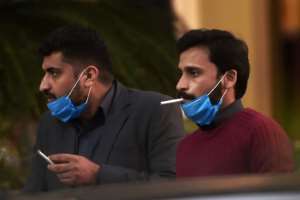 It allows the UN health body to issue recommendations that the international community is expected to follow.

Global stock markets have been pummelled after corporate giants including Toyota, IKEA, Starbucks, Tesla, McDonald's and others temporarily froze production or closed large numbers of outlets in China.

But investors took some heart Friday after the WHO recommended against trade and travel restrictions for now, with Asian markets opening higher.

Throughout China, evidence of fear multiplied, with makeshift barriers going up in some residential neighbourhoods.