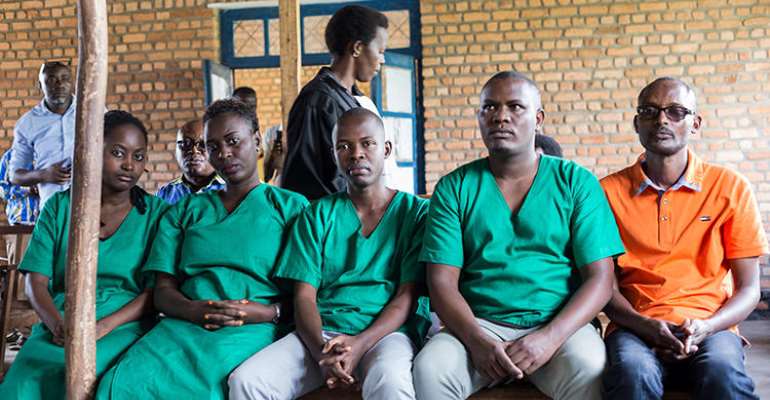 Nairobi, January 30, 2020 -- Burundi authorities should not contest the appeal of four journalists from Iwacu convicted today and should stop filing state security charges against reporters, the Committee to Protect Journalists said today.

Today, a court in Burundi convicted four Iwacu journalists of attempting to undermine state security, fined them each $530, and sentenced them to two years and six months in prison, according to reports by Iwacu and The Associated Press. A driver from the media outlet, who was facing the same charges, was acquitted, according to these reports. Iwacu reported that the outlet will file an appeal on the journalists’ behalf.

“The sentencing of four Iwacu journalists to two and a half years behind bars for no crime other than reporting the news is a devastating blow to the media in Burundi, where the press freedom climate is already grave,” said CPJ’s Sub-Saharan Africa representative, Muthoki Mumo. “Christine Kamikazi, Agnès Ndirubusa, Egide Harerimana, and Térence Mpozenzi have already spent months in detention. They should be freed immediately.”

The four journalists—broadcast reporter Christine Kamikazi, politics head Agnès Ndirubusa, English service reporter Egide Harerimana, and photojournalist Térence Mpozenzi—have been in detention since their arrest in October 2019, as CPJ has documented. Their driver, Adolphe Masabarikiza, was arrested alongside them and released in November, according to CPJ research.