S/R: Release Ambulances Within 48hours Or Face Our Wrath — Basintale To Regional Minister 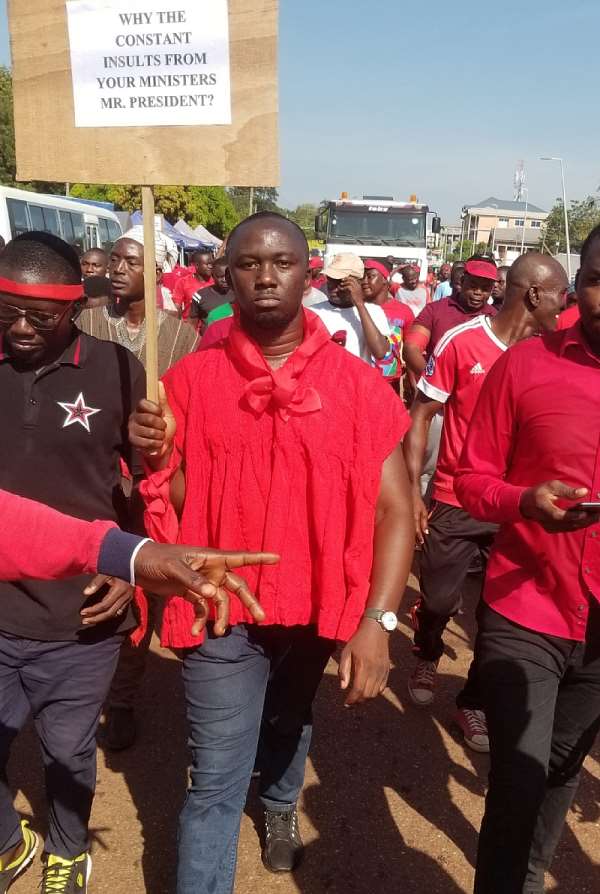 The NDC in the Savannah region have thrown a strong caution to the Regional Minister to as a matter of urgency dispatch the ambulances to their respective constituencies as directed by President Akufo-Addo or face their wrath.

The statement comes at the back of a comment made by the Minister for Special Development Hon. Hawa Koomson on Joy fm of forbidding regional ministers from holding regional funfairs after the President had released the ambulances for use.

"We will not wait until we are told few days later that one of the ambulances has been stolen just as the Toyota Hilux pickup being used by the regional minister was purported to have disappeared neither will we watch on as indigenes lose their lives as a result of this shameful misconduct," the statement noted.

Below is the full statement signed by the Savannah regional Communication officer of the NDC, Malik Basintale.

RELEASE S/R AMBULANCES WITHIN 48-HOURS OR FACE OUR WRATH.

The National Democratic Congress (NDC) in the Savannah region has taken notice of an insensitive and tactless attitude being exhibited by the Savannah regional minister Mr. Adam Salifu Braimah in unreasonably withholding the tax-payers ambulances meant for the various constituencies at his office awaiting another regional commissioning and funfair after President Akufo-Addo has already done same.

The funfair commissioning that took place at the forecourt of the Black Star Square in Accra on Tuesday, January 28, 2020 saw all ambulances been driven straight to their respective constituencies and were directed to their various Units for the commencement of work as the already built hospitals, clinics and CHP compounds in various districts by H.E John Mahama were ready to receive them.

It is highly disappointing that the ambulances earmarked for the Savannah Zone only found their way through the various constituencies they were allocated to without stopping and driven straight to the regional capital and were parked directly at the doorsteps of the regional ministers office. They have since been tasked to continuously drive through the streets of damongo township on an hourly bases with loud sirens and parked every night at the ministers compound or the West Gonja DCE's compound since the last two days.

This insensitive and intolerable act has mounted tensions in the region as on watchers feel irritated by this misconduct being exhibited by the regional minister and can no longer control their temper with this unpardonable act.

A situation where 2 patients around the langbanto traditional area in damongo died yesterday due to lack of urgency to the hospital yet saw these ambulances displaying wastefully on the streets just for public attention.

The NDC has found it neccessary to salvage the situation with immediate effect by giving the regional minister a 48-hours ultimatum to get the ambulances to their designated locations or face a forceful dispatch and allocation of these ambulances for work to commence.

We will not wait until we are told few days later that one of the ambulances has been stolen just as the toyota hilux pickup being used by the regional minister was purported to have disappeared neither will we watch on as indigenes lose their lives as a result of this shameful misconduct.

The Next CAUTION will be ACTION.

Wesley Girls' brouhaha: We’ll cooperate with authorities to ...
14 minutes ago