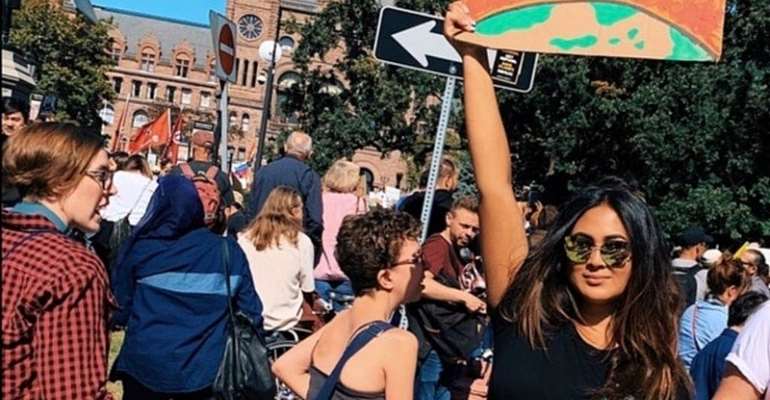 Three young activists from different countries were invited to participate in a panel discussion hosted by the French Minister of Europe and Foreign Affairs Jean-Yves le Drian and Minister of Ecological Transition Elisabeth Borne in Paris on Thursday.

The event was organised by the French Institute for its fifth edition of the annual Night of Ideas (Nuit des Idées) which was hosted at the Quai d'Orsay, and open to the public.

The theme of this year's debate, “Being Alive” aimed to discuss biodiversity and climate change in the presence of the three young activists, considered representatives of the youth involved in environmental protection.

Kristin Rodrigo, one of the guests, is a student in zoology an environmental activist from Canada.

She was present at the COP24 summit in Poland, and is involved in a number of intiatives in favour of environmental protection in the Toronto region where she grew up.

Speaking to RFI ahead of the panel, she outlined how her work in zoos and pedagogy has made her all the more aware of our presence in relation to other living things and she said however small the gesture, every effort counts.