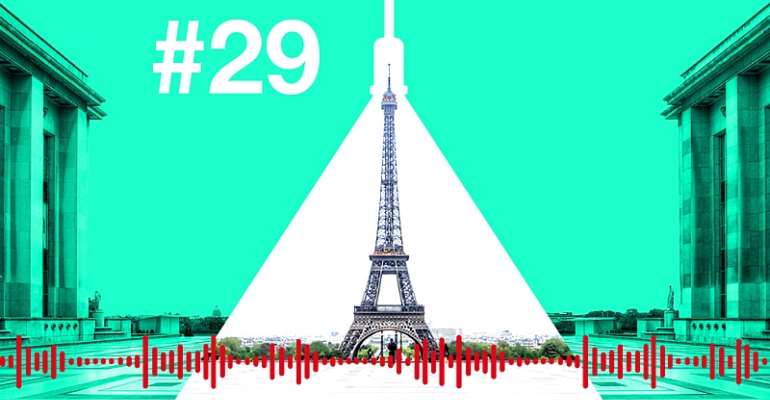 British ex-pats in France feeling insecure as Brexit finally happens, raising horses to be wild in one of France's most desolate areas, how the Michelin star was born, and would rebel writer Camus be out protesting pension reform?

France has the second largest British community in Europe after Spain, with around 200,000 citizens. Some already have French nationality, but those who don't are nervous about Friday's Brexit. While the terms on which British people will be allowed to remain in France are still being worked out, we hear from ex-pats in the town of Eymet in the Dordogne region, where a tenth of the 2,600 residents are British. They came for the climate and quality of life, but are now wondering what the future has in store. (Listen @ 0'00)

The Larzac, a plateau in Lozère in south-western France, the country's least populated area, is home to three dozen Przewalski horses. The breed originated in Mongolia and had become virtually extinct by the 1960s. But since 1993, 89 have been transferred from France to their natural habitat in Mongolia. Zeenat Hansrod travelled to the area around the Le Villaret village to see the horses, meet the Takh association running the operation, and discover one of France's last wild open spaces. Read more here. (Listen @8'20)

Albert Camus, the Franco-Algerian writer, philosopher and journalist, died 60 years ago this month in a car accident. He won a Nobel prize for his writing, but was also known for his political activism in favour of the oppressed and the working class. As France is in the throes of protests over inequality and fears of an over-liberal pension reform, Camus seems as relevant as ever. Historian Vincent Duclert, who has recently published a book on Camus, reflects on the writer as a working class hero and the importance of his Algerian roots. (Listen @20'20)

As the Michelin guide announced its starred restaurants this week, we look back on 120 years of the little red guide, which has its roots in the birth of France's car culture. (Listen @16'00)

Government extends electricity to seven communities in Savan...
22 minutes ago