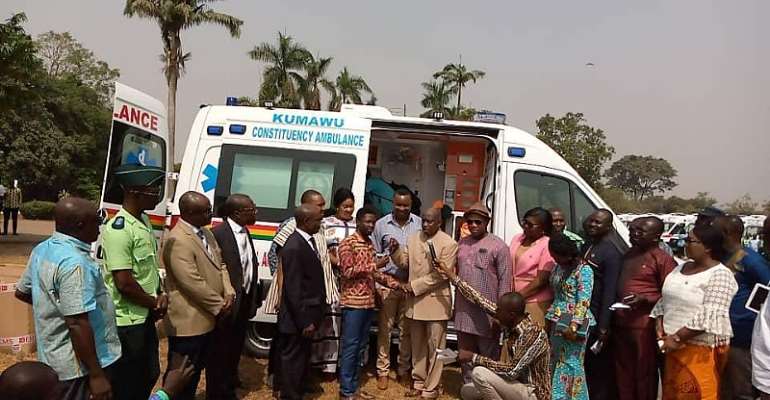 The Ashanti Regional Minister, Simon Osei-Mensah has handed over the 47 ambulances to the various Metropolitan, Municipal and District Chief Executives for onward distribution in the region.

The ambulances were part of government’s “one constituency one ambulance” initiative.

According to the Minister, all 47 ambulances have been made available for distribution to the various constituencies.

The Minister added that the region is expected to receive two more ambulances and pleaded with the government to make it such that they will be stationed at various busy areas. 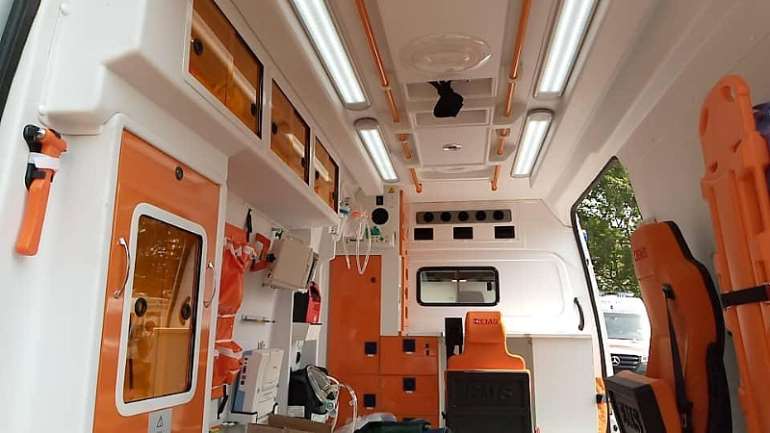 Mr. Simon Osei-Mensah explained that only 31 of the ambulances have bays available as 16 other bays are still under construction.

As a result, the 16 ambulances will be stationed at Fire Service Stations and Police Stations until the ambulance bay are ready.

“I wish to inform all of you, that so far only 31 ambulance bays are ready and about 16 of them are still at various stages of completion.”

He further directed the other MMDCE's within whose districts, the bays are not ready to speed up with the completion so the ambulances could be stationed there.

“This puts high task or premium on the MMDCE’s to complete the construction of the bays so that within two weeks or a maximum of one month we have them ready so the ambulances can be stationed there”.

The Regional Minister also urged the general public to support the National Ambulance Commission to manage the ambulances well.

The regional coordinator for the Ghana Ambulance Service, Dr. Dominic Awariya disclosed that although each constituency, will be allocated with an ambulance, it must be made available to other constituencies when there comes an emergency.

“Even though these ambulances will come to your constituencies, if there is an emergency, this ambulance can be moved from one constituency to another constituency”.

After missed deadlines and some controversies, President Akufu-Addo finally inaugurated the 307 ambulances at the Black Square on Tuesday, 28th January 2020.

The ceremony paved the way for the distribution of the ambulances to the various constituencies.

The Volta Regional Minister, Dr. Archibald Letsa, earlier defended the decision by government to re-inaugurate the ambulances in the regions.

“The people of Ghana, many of whom may not have watched it on television or might not have read newspapers also need to know what has happened,” he said at the Volta Region Coordinating Council.

“When ambulances have been allocated to Volta Region, there is nothing wrong with the ambulances coming to the coordinating council for us to receive them and hand them over to be taken care of by the assemblies.”

“Anybody who criticises this has a problem and we need to take him to a synagogue for deliverance,” Dr. Letsa also joked.