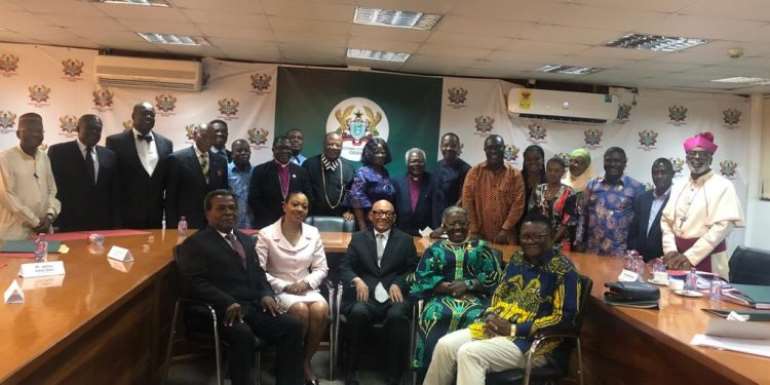 The Inter-Party Advisory Committee (IPAC) meeting on the dispute over the compilation of a new voters’ register has ended in a stalemate.

The meeting was convened after appeals by the EC's Eminent Advisory Committee, which had called for more dialogue on the issue.

The controversy stems from the EC plans to abandon its current biometric verification system and procure a new one which has a facial recognition technology.

This meant the commission would also have to compile a new voters’ register.

Speaking to the press afterwards on what transpired during the meeting, the General Secretary of the National Democratic Congress (NDC), Johnson Asiedu Nketia, said his side was generally satisfied with the meeting and noted that the Advisory Committee is set to officially offer advice to the commission.

“The committee of eminent persons assured that they have heard all the presentations. They believe that each side has made very reasonable contributions so they are going to formulate their advice and then present it to the Electoral Commission with input on everything that has been said here.”

Despite this, NDC chairman, Samuel Ofosu-Ampofo, stressed that no consensus had been formed on the controversy.

“This meeting was indeed was inconclusive in terms of accepting the technical capabilities of the proposals the Electoral Commission is bringing,” he explained.