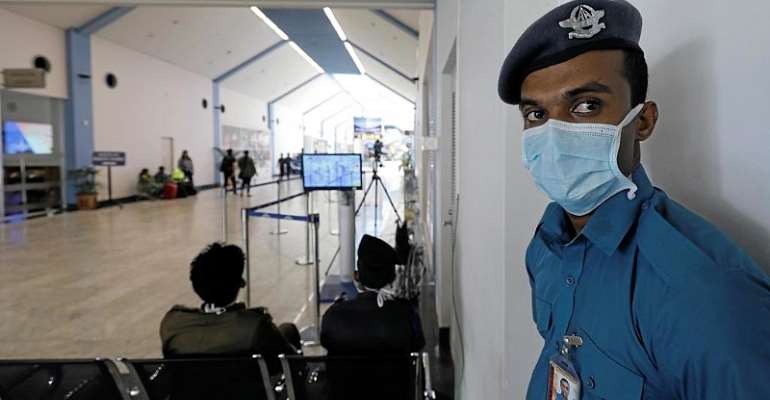 Thousands of foreigners, many of them students, are being evacuated this week from Wuhan, China, the epicenter of the deadly novel coronavirus that has killed upwards of 170 people and infected more than 7,000 in China alone.

There are still more foreigners who have been asking their countries for assistance in order to be evacuated from the central China Hubei region.

On the African continent, Algerian President Abdelmadjid Tebboune has reportedly called for the government to repatriate 36 Algerians, primarily students, who are living in Wuhan.

Local media in Morocco said that some 100 Moroccans, also primarily students, would be evacuated, but did not give an indication as to when this would happen.

Ethiopian Airlines announced on thursday that it was suspending all of its flights to and from China, effective immediately.

South African nationals in Wuhan told CNN TV in the US that they have not been given any information from their foreign ministry as to when they could get flights back to South Africa.

South Africa's Department of International Relations and Cooperation (DIRCO) had posted on social media that their offices would be closed for Chinese New Year on Wednesday. DIRCO spokesperson Clayson Monyela told CNN that they are working on processing repatriation requests.

Tanzanian student Hilal Kizwi, who studies at Tongji Medical College in Wuhan, told the Associated Press news agency that the Tanzanian embassy told him that the government was working on an evacuation plan, but he was not hopeful.

In the interim, he said that he created a social media help group with other Tanzanian doctors to get information to other students in Swahili on how to protect themselves from the virus.

Going, going, gone
In Asia, a number of countries are in the process of evacuating or have already begun flights home. Japan has already sent two planes, as 400 Japanese have been repatriated. According to Japanese officials on Tuesday, some 650 people had registered for evacuation.

Singapore said evacuated 92 citizens on Tuesday, while the US State Department said a chartered plane with 240 US citizens, including consular staff, left on Wednesday.

South Korea is reportedly sending planes on Thursday or Friday to bring back their people, while the Philippines said it would be repatriating 300 Filipinos from Wuhan and Hubei province.

France has already sent one plane on Thursday, but the health ministry said it would be sending another plane either Friday or Saturday.

Secretary of State for Foreign Affairs Jean-Baptiste Lemoyne said about 500 French citizens are registered at the Wuhan consulate, but that the actual number of French citizens in the area is probably closer to 1,000.

Air France announced on Thursday that it would be suspending all flights to and from China until 9 February.

The European Union said it was co-funding the French flights, which includes EU nationals, but only if they do not show symptoms.

South Korea is also reportedly sending planes on Thursday or Friday to bring back their people, while the Philippines said it would be repatriating 300 Filipinos from Wuhan and Hubei province.

German press reported that the foreign ministry was preparing the evacuation of some 90 citizens on a Saturday flight.

The Indian foreign ministry has asked to bring two planes to repatriate lore than 250 Indians living in the area. There is reportedly a Boeing 747 at Bombay airport that is waiting to pick them up.

Australia is in the midst of negotiating the terms of evacuation for the Australians, many of whom are dual nationals, from the area, according to Prime Minister Scott Morrison. He added that Australia is working with New Zealand to evacuate their citizens as well.

Spain's Foreign Affairs Minister Arancha Gonzalez Laya said Spain was working with Chinese authorities and the European Union to ensure their citizens would be able to get out of Wuhan.

Although more than 230 Indonesians live in Wuhan and Hubei province, the foreign ministry said on Thursday it had not decided on an evacuation plan yet.