Over ¢5bn Paid To Road Contractors Since 2017 – Minister 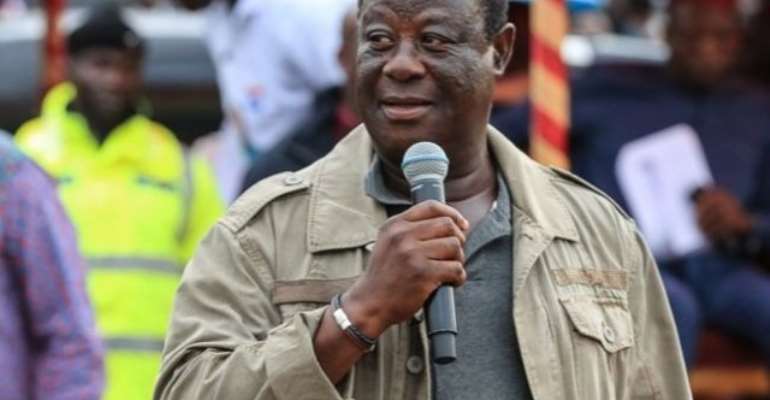 Over GHS5 billion has been paid as outstanding arrears to road contractors since 2017, Mr Kwasi Amoako-Atta, the Minister of Roads and Highways, has announced.

According to him, Government made the payment through the Consolidated Fund and the Road Fund to contractors with Interim Payment Certificates (IPCs) at the cut-off date of August 2019.

In addition, he said government paid GHS 482 million to contractors it owed GH¢500,000 totalling 4,212 single-man contractors, who mostly desilted drains and cut off vegetation along the roads.

Mr Amoako-Atta, who made this known at the road sector retreat in Accra on Wednesday, said government sees infrastructure development as the pivot around which the socio-economic development of the country revolved.

Currently, government needs about GH¢30.5 billion to pay the cost of uncompleted roads and other commitment made under the Road Infrastructure Development programme.

Mr Amoako-Atta added that government has selected three critical roads in each of the 16 regions for construction this year.

The Roads Minister said government was paying greater attention to road infrastructure development and, therefore, declared “2020 as the Year of Roads.”

The retreat brought together key stakeholders in the road sector including the Ghana Chamber of Construction, Association of Road Contractors, Directors at the sector Ministry and all the 16 Regional Ministers.

The retreat was to give the stakeholders the opportunity to brainstorm on the current conditions of road infrastructure in the country and come out with a blueprint on strategies and realistic plans to achieve the government's road infrastructure objectives.

Of the 78,000 kilometres of the country's total road network, only 23 per cent had been paved with 39 per cent considered good, 32 per cent fair and 29 per cent poor.

Vice President Dr Mahamudu Bawumia, the Special Guest at the event, in a keynote address, announced that the road from the Blackstar Square to Nungua, otherwise known as the beach road, would commence in the next four weeks.

He noted that road infrastructure development was one of the major concerns for Ghanaians as revealed in the Afrobarometre survey and assured government's unflinching commitment to meeting the needs and aspirations of the citizenry.

It was on that score, he said, government of Ghana signed a Bauxite Master Agreement Plan with the Sino Hydro Group of China towards the development of the country's infrastructure.

He said the two-billion-dollar expected from the bauxite barter arrangement would be paid with funds from refined bauxite and not necessarily allowing the Chinese to mine bauxite directly from the forest.

Vice President Bawumia entreated engineers and supervisors to ensure effective monitoring of all the road contractors undertaking various road projects across the country, in order to deliver quality roads and ensure value for money.