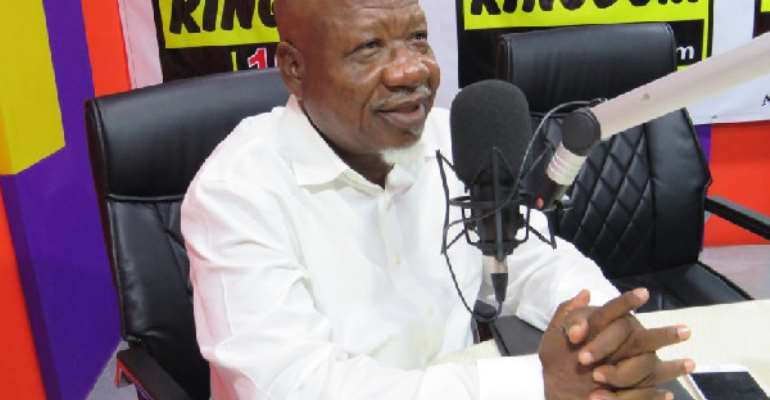 Former Central Regional Chairman of the National Democratic Congress (NDC), Bernard Kojo Allotey Jacobs is asking with the Telecommunication networks in Ghana to ensure the poor network services in Gomoa Potsin, Winneba and its environs are restored.

He bemoaned the spate of the cuts as it significantly impacts on quality of service.

Allotey Jacobs noted that the poor services, characterised by call drops, call breaks, network congestion and Internet interruptions, have brought businesses to a standstill in the locality.

"I’m very concerned about these cable cuts and I want to plead with all the key stakeholders to address the issue because it sometimes halts the flow of business,” Bernard Kojo Allotey Jacobs told Lawyer Ohene Gyan on ‘Pae Mu Ka’ on Accra-based Kingdom FM 107.7.

He added that telecommunication companies must ensure their contractors lay cables at the appropriate depths to minimize undue exposure.

Records kept by operators show that 75 per cent of the cuts happened during road construction, while the remaining were attributed to theft.

Background
TELECOM companies have suffered an upsurge of fibre optic cable cuts mainly caused by road construction across the country in spite of making several reports to the Ministry of Roads and Highways. Currently there are six telecommunications companies operating in the country.

Network challenges such as call drops, speech mutation, calls not going through, poor voice signals and quality among others are due to rampant cuts in underground fibre optic cables during road construction and other development activities.

The situation is getting worse by the day in spite of a vigorous campaign to sensitize the public.

Meanwhile, the telcos have promised to work with stakeholders such as the Association of Road Contractors, Ghana Highway Authority, Department of Feeder and Urban Roads among others to try and find ways to avoid the fibre cuts that occur when road construction is ongoing.