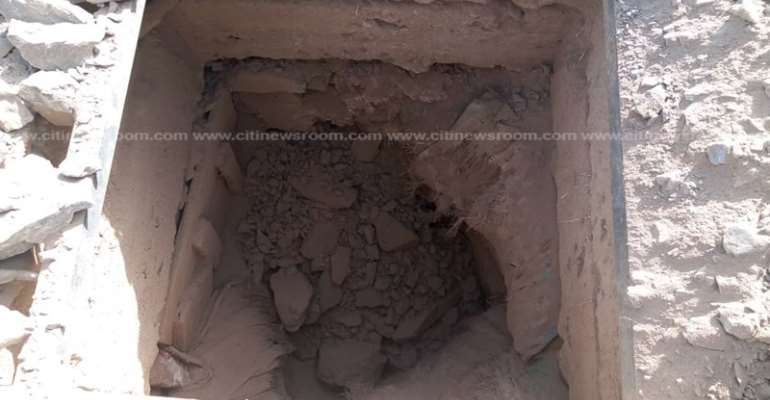 Two illegal miners have lost their lives at Kyeremasu in the Dormaa East District of the Brong Ahafo Region after a pit they were working in collapsed on them.

The identity of the two are yet to be determined.

The Dormaa Divisional Commander of the Ghana Police Service, Chief Superintendent Anthony Appiah told Citi News the bodies of the deceased had been conveyed to the Dormaa Presby morgue for preservation and autopsy.

“We had information that two boys went on illegal mining on some old Galamsey site. They went there and unfortunately, some of the walls churned on them and they died in the course of it. It happened at Kyeremasu but I think they were with a team of people who actually absconded.”

“The bodies were seen at the site. There was not any mark on them to show that they were assaulted or anything of that sort,” he said.

In the past, frequent deaths of miners in pits in the area have been recorded.

Seventeen illegal miners were trapped and killed between 2017 and 2019 in the area as they attempted using illegal pits to steal gold ore.

Recommendations were made by the Inspectorate Division of the Minerals Commission to seal all illegal pits following the deaths of 16 miners in the Gbane area in the Talensi District of the Upper East Region.

But the affected operators of the illegal pits secured an interlocutory injunction at the Bolgatanga High Court to stop the intended exercise.

The court subsequently struck out the injunction.