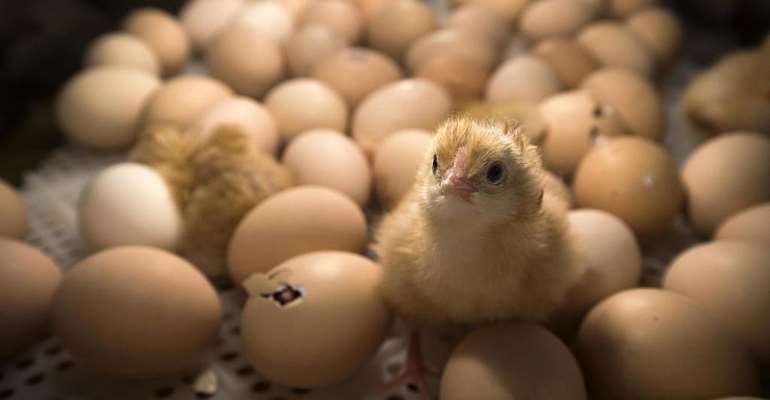 France's government said Tuesday it would ban a controversial but widespread practice of culling male chicks by the end of 2021, but it was not clear if a more ethical practice would be developed in time for the egg and poultry industry to adapt.

In current factory farming practices, some male chicks are retained for breeding, but an estimated seven billion worldwide are culled each year: shredded alive in specially designed machines, gassed, electrocuted or asphyxiated.

“The males from the laying flock are considered a by-product,” says Léopoldine Charbonneaux, director of the French office of international animal welfare group Compassion in World Farming.

“The solution we had until now was to cull them at birth, because they are not needed. They cannot lay eggs, and they are not considered economically viable to fatten for meat.”

Some culling practices are legal in the European Union, under a 2009 directive that authorises shredding of chicks less than 72 hours old on the condition it causes “immediate” death.

But France and Germany, which cull some 90 million chicks between them each year, pledged earlier in January to put an end the practice, and French Agriculture Minister Didier Guillaume outlined Paris's plans in greater detail on Tuesday.

“The goal is to force companies and researchers to do it by the end of 2021,” Guillaume said, adding this would mean “finding the technique that works on a large scale.”

Detecting sex of embryos
Guillaume announced plans to boost funding for research and development of in-ovo sexing, a method of determining the sex of an embryo in the egg before it hatches.

“It has to be done as early as possible so that the animal is not sentient and will not feel pain,” Charbonneaux says, adding that so far, the techniques have not been perfected for widespread use.

“The science has to improve, to be developed on a large scale, and to be adopted by the hatcheries, which is not the case yet,” she says. “I think the industry in France didn't feel the pressure very much, but now the pressure is on.”

Still, a similar context has held up efforts to end shredding in Germany, which was ahead of France in proceeding with a ban until last June, when a court effectively ruled the slaughter would continue until an economically viable solution was found.

“Animals are sentient beings, they have the right to respect and proper treatment,” the minister said. “But improving animal well-being must take into account the economic realities of the industry.”

French people 'shocked' by factory farming
The French government announced the ban of chick shredding among 15 measures mainly aimed at addressing conditions on farms, the transportation of animals and the abandonment of pets.

One would require anaesthesia be given to piglets being castrated, a practice aiming to make animals grow fatter and prevent potent smells in their meat.

The announcements drew mitigated responses from animal welfare advocates such as People for the Ethical Treatment of Animals and French group L214, which welcomed the announced measures but regretted inaction on slaughterhouse conditions, unnatural confinement and other realities of intensive farming.

CIWF hoped for more on cage-raised chickens and an outright ban on castration of piglets, but the group still noted the significance of what was announced.

“Finally, it's acknowledged that France is asking for more animal welfare, that French people are shocked by a lot of the practices that come from factory farming,” Charbonneaux says, adding CIWF would watch how the government implements its promises.

“These announcements have been made, they're good, but they need to be followed through. Having a date in mind is good, but you also need to have it in law to ensure that it does happen.”

Government extends electricity to seven communities in Savan...
27 minutes ago