We Know The Whereabout Of Our Seized Excavators; They're Using Them For Galemsey – Concerned Small Scale Miners 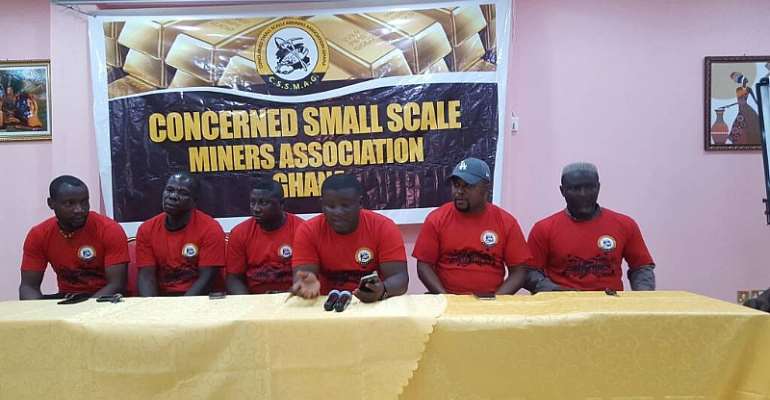 It appears the about 500 excavators seized during the intense crusade against illegal small scale mining popularly called 'galamsey' between 2017 and 2018, are not missing contrary to statement by the Chairman of the Inter-Ministerial Committee on Illegal Mining, Professor Frimpong Boateng.

Members of the Concerned Small Scale Miners Union of Ghana say they know the whereabouts of the earth moving machines.

President of the Union, Richard Kojo Peprah speaking to Citi News said some of their members traced their excavators to various illegal mining sites in parts of the country.

When they take the machine in the Ashanti region then, they send it to the Northern region. They are engaged in one activity or the other. Some are even engaged in galamsey”.

The chairman of the Inter-Ministerial Committee on Illegal Mining, Professor Frimpong Boateng disclosed last week that most of the seized excavators are missing.

The minister is quoted as saying that “though the excavators were seized and taken to the district assemblies, the heavy-duty machines disappeared later from the premises of the assemblies”.