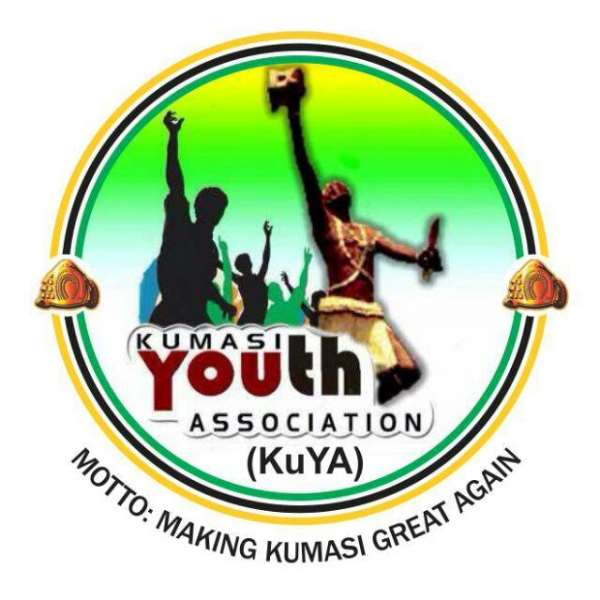 SALUTATION
Nananom, invited guests, media team, ladies and gentlemen. This press conference, as a matter of fact, is very urgent and necessary within the times of Asante history. We will like to especially thank the media for honoring our invitation always and marking your presence today also. You have indeed been a partner for the good course of Asanteman! Ayekoo!

INTRODUCTION
In recent times, events unfolding in this country has given us a cause to worry as to the deliberate agenda clearly targeted at disrespecting the Authority of our Asante Kingdom, first to our Overlord, His council of chiefs and also destroying trailblazing Asante Businessmen and Politicians of national repute, starting with Hon Isaac Osei ( Former CEO-TOR/MP), Dr. Kwabena Duffuor, the founder of UniBank Ghana Ltd, Nana Oduro(Founder 1st Allied Bank), Kwabena Agyei Agyepong(Former Presidential Spokesperson), et al

*This press release is categorized in three main aspects , namely; *thrust on Manhyia*, *and Nananom Kumasi Traditional Council*, *aftermath of KuYA Asanteman kyefa demonstration*, *and also thrust on Industrious Asantes of high repute both in Business and Politics*

*THRUST ON MANHYIA*
The commanding heights attained by our Asante Kingdom, cannot be overemphasized, hence the respect and reverence that every government, here and abroad, give to our Asante Overlord(The King) Otumfuo, his chiefs and we Asantes in general. However, it has come to light that some people within the corridors of power (government) have assumed a rather strange attitude that seeks to belittle our Asante Traditional Authorities, first by attacking the representation of our chiefs at the local government assemblies.

This, unfortunately, is marred in the Greater Kumasi, that is the Kumasi Metropolitan Assembly and the Newly Municipals created out of KMA. This is because instead of promoting a retrospective involvement of the traditional system, we are rather seeing the opposite of that, where the traditional system is on the route of been eliminated and in the worse case annihilated drastically from the local governance system in the region.

The Patrons, Executives, and entire members of KuYA throws our unflinching support behind Nananom on their rejection of the decision by Central government and fervently seek for a redress of the decision because this new development will rather weaken the cordial ties between the local government authorities and the traditional system in the Region. We legibly see this development as synonymous to a ploy to weaken Manhyia's authority in the region. This suffices that the traditional system which is Paramount in the Ghanaian system is now put to dust.

We also strongly asserts with no doubt on our minds that the Regional Minister, Hon Simon Osei-Mensah intentionally disrespected Manhyia by turning a deaf ear to Nananom’s call on him to reconsider the infamous KMA’s decision. This is a very demeaning attitude from the Regional Minister towards Manhyia and cannot be tolerated.

THRUST ON KuYA MEMBERS AFTER ASANTEMAN KYEFA DEMO
The Patrons, executives and entire members of KuYA have been saddened due to the deadly and malicious attempt from some appointees of the ruling Party to intimidate and browbeat our members to the extent of causing some loose their work as we speak. Asante will stand forever and we shall stand with Asanteman till our last drop of blood. We fearlessly utter that, in as much as you devilishly plan to frighten KuYA leadership and its members, we are rather animated.

Ladies and gentlemen, the aftermath of the famous Asanteman Ky3fa Demonstration organised by KuYA towards the modernization and development of Kumasi roads has been very commoving. The leadership and members of KuYA have been at the mercy of some appointees of the incumbent government from the region even to the extent of some losing their work. Not boring your ears with many names, we can count of our Media Consultant, Oheneba Nana Asiedu of Fox fm, who has faced pressure from government appointees to the extent of threatening his boss to sack him from the media station or otherwise shutdown the media station. Also from a reliable source, a Patron of KuYA was fiercely resisted of becoming PM at the KMA because he is a KuYA patron and was with us for the planning of the demonstration. Our Chairman, General Secretary and other members have faced similar fate. This is so devilish and should be come to a haught!

*THRUST ON INDUSTRIOUS ASANTES OF HIGH REPUTE*
Since the creation of the Asante Kingdom in the 15th century, our fathers and mothers have proven to be industrious and burning with the fire of entrepreneurship. Many of our forebears made lots of money trading with the Europeans and other Asantes later became rich cocoa farmers in the Gold Coast. After independence however, the rich Asante cocoa farmers have had to stand up to various governments and their unfriendly policies or cocoa pricing manipulations which negatively affected their farming enterprises.

Ladies and gentlemen of the press, we need not remind you all of the great Asante businessmen who lost their factories businesses, capital and companies under painful circumstances in the past, especially under military regimes. As media men, your history tells you of how many of such great Asantes died and how the few who were able to survive by the skin of their teeth, contributed immensely towards the growth of Asanteman.

Ladies and gentlemen, it was therefore not a wonder that our fathers and mothers decided to embrace the UP Tradition (New Patriotic Party, NPP) to us as the party of our own Nana Baffour Akoto, our much cherished Honorable Lawyer Victor Owusu and the other Great Asantes. From 1992, Asanteman took to NPP and owned it, believing in the ideals of the party of free enterprise, as enshrined in the constitution of the party as believers in PROPERTY OWNING DEMOCRACY.

Invited media men and women, this ideology of the NPP became manifest when His Excellency, the Peerless John Agyekum Kufuor, in the campaign towards the year 2000 presidential election, declared that the NPP will create a GOLDEN AGE OF BUSINESS in Ghana.

After winning the elections, the Peerless President Kufuor used the power of the state to create the best business environment in Ghana which led to the arrival of many Nigerian banks, yielding itself to low cost of capital for businesses and other initiatives which brought a revival of the private sector in Ghana. The eight year period of reign, by our grandfather saw the return and growth of many Asante business men and women. We can give you a tall list of such people.

This total commitment towards deepening private enterprise and enabling businesses to operate freely so as to make profits, expand and employ more people, is what we all assumed to have defined the NPP whenever they will be in government.

Ladies and gentlemen,
how many of you remember MAKING THE PRIVATE SECTOR THE ENGINE OF GROWTH IN THE ECONOMY?

It was one of the common lexicons that was introduced by the Peerless President Kufuor and his government.

Ladies and gentlemen, can you please tell us where that mantra has vanished to? Kufuor's NPP Paa ni?

We are not surprised of these malicious attempt to frustrate and sideline on our members and dignitaries who have excelled in their business or political life from the region. These industrious individuals have and are facing worse frustrations from the current government. This has been a malicious strategy to draw the curtains for their hard earning efforts or businesses, and reputations. To mention a few, banks like First Allied owned by Nana Oduro, Unibank owned by Mr Kwabena Duffour and UT bank whose largest share holder is Mr Asonamoah from Asante Agona have all been crushed due to these hatred. This we see it to be a strategic plan to face out Asantes who have made it both in the business and political streams. This is palpably unacceptable.

*CONCLUSION*
Ladies and gentlemen, we draw the curtains on this press release, we wish to serve notice to those behind this evil agenda that the road to the Jubilee House passes through Manhyia, and especially for the NPP, the right to political authority requires the fullest of support from the Ashanti Region.

Throughout our rich history, Asantes have never settled for less, and we will not allow any government to treat our Traditional authorities, business and Political icons with disdain, with contempt and trample upon them.

As far as we the Leadership of the Kumasi Youth Association are concerned, we will not allow this anti-Asante agenda to fester. And we shall embark on a series of overt and covert operations to ensure that the freedom given to Asante businessmen to operate their enterprises and the respect that all governments give to Manhyia and our chiefs, is returned with full honors.