What does the surprise exit of Burundi's Nkurunziza mean? 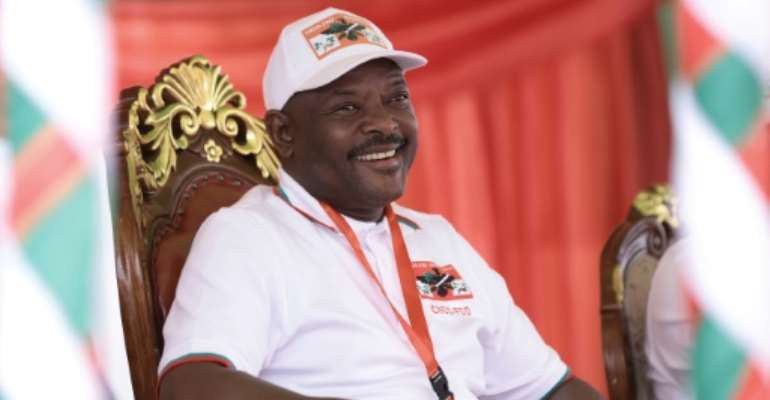 President Pierre Nkurunziza's decision not to run in Burundi's elections in May has come as a surprise.

In 2015, his push for a third term led to the death of 1,200 people while more than 400,000 fled their homes, prompting a probe by the International Criminal Court (ICC) into intimidation and atrocities.

Three years later, a constitutional change allowed Nkurunziza to stay in power even longer, and until this weekend few believed he would step down.

But, in a move defying expectations, the ruling CNDD-FDD party picked a key member of the elite, General Evariste Ndayishimiye, as his successor.

Here are four key questions about what this means for the troubled East African nation.

Among diplomats, members of civil society and the opposition interviewed by AFP, some see the move as a sign of hope. 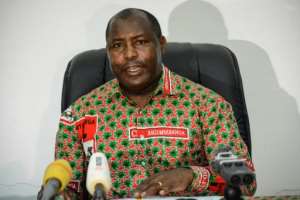 Successor: CNDD-FDD leader Evariste Ndayishimiye has been chosen as the party's candidate for the May elections. By STR (AFP/File)

They point to Ndayishimiye's personality -- described by one of his friends as "a rather open man, easy, who likes to joke and laugh with his friends" -- in contrast to the sterner Nkurunziza.

Ndayishimiye's name does not come up in the "numerous crimes of the regime", said Pacifique Nininahazwe, a civil society activist.

But Nkurunziza's influence over Ndayishimiye and his successor's intentions are unclear.

Thierry Vircoulon, an Africa expert at the French Institute of International Relations (IFRI), noted that Ndayishimiye "is a man who has belonged to the inner circle of the government for at least 15 years."

"It is the same system which is continuing. There will be no regime change in Burundi, just a change of people," he argued.

An African diplomat told AFP that Ndayishimiye had in recent months been touring the region "discreetly" visiting heads of state and African Union officials.

"Everywhere he has shown the regime's willingness to open up," he said.

Is it the end for Nkurunziza?

Nkurunziza, 55, an evangelical who believes he was chosen by God to rule the nation, retains a key role, the ruling party highlighted at the weekend congress, remaining at the head of the Council of Wise Men, an organ which takes the most important decisions.

The ruling CNDD-FDD officially bestowed upon him the title of "visionary" in 2018.

And the national assembly last week adopted legislation that would assure Nkurunziza a comfortable retirement, including a luxury villa and a one-off sum equivalent to more than half a million dollars.

"President Nkurunziza controls the whole system. He is without doubt the richest man in the country," a party member told AFP on condition of anonymity.

"I can't see General Ndayishimiye, who has always been respectful towards him to the point of appearing obsequious, trying to sideline him," he added.

Vircoulon said all indications pointed to this being a negotiation within the ruling party "but one must not underestimate surprise turnarounds."

He pointed to the case of Angola's Jose Eduardo Dos Santos, whose anointed successor, Joao Lourenco, took action against the former president's family after taking office.

How has the opposition reacted?

The opposition has been stunned by the weekend's events.

It appears to have based its entire pre-election strategy on expectations that Nkurunziza would run again.

It offered little reaction in the wake of the announcement that he was passing the baton.

"It is indeed a surprise for them, but overall we can say this opposition has not been effective for many years and as time passes appears less and less capable of influencing events," said Vircoulon.

"It is worn down by time and riddled with divisions, with some of its members choosing to cross to the other side."

Can we expect credible elections?

The opposition and civil society say there is no hope for the 2020 elections, which they believe have already been decided.

They argue that the electoral commission is under the thumb of the regime, which has already said it will not allow international observers. 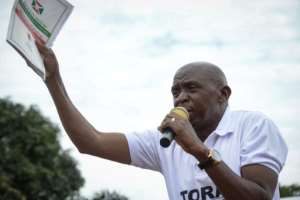 Opposition: Agathon Rwasa, pictured on the campaign trail during the referendum on constitutional change in 2018. By STR (AFP)

On the ground, harassment and abuse of members of opposition leader Agathon Rwasa's National Freedom Council (CNL) have mounted as the election nears.

Members have disappeared, been tortured, killed or arrested and more than 80 of its offices have been destroyed or damaged.

"We won't have free and fair elections because part of the opposition (in exile) cannot act in the country," said Vircoulon.

"The CNDD-FDD's obsession with remaining in power means it has pushed aside all opposition, keeping only Agathon Rwasa on a symbolic level."