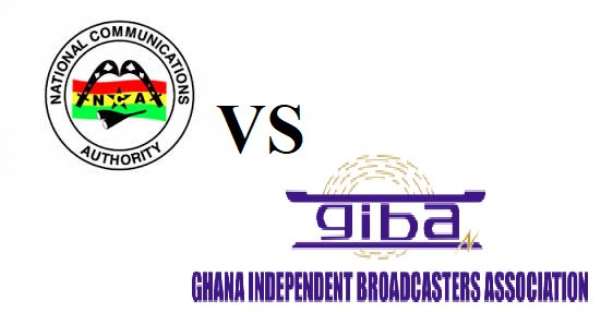 The Ghana Independent Broadcasters Association (GIBA) has sued the National Communications Authority and the Attorney General’s Department over the NCA’s decision to introduce Conditional Access for Free-to-Air TV broadcast.

GIBA maintains that the Conditional Access for Free-to-Air TV broadcast is a breach of the right to free press enshrined in the 1992 Constitution.

In a writ filed at the Supreme Court last Tuesday, GIBA argued that the Conditional Access System introduced as a mandatory requirement by the NCA constitutes an unnecessary restraint on the establishment and operation of private media.

GIBA is also seeking a declaration that the blockage of media content of Free-To-Air broadcasters through the use of the Conditional Access System introduced by the NCA is unconstitutional as same constitutes an unreasonable and unnecessary abridgement of the freedom of the media contained in Article 21(a) and 162 (1) of the 1992 Constitution.

Another relief also seeks a declaration that the blockage of media content of Free-To-Air broadcasters through the use of the Conditional Access System introduced by the NCA, contravenes the spirit and letter of Article 21(f) of the 1992 Constitution since same constitutes an unnecessary abridgement of the right to information guaranteed under the Constitution.

GIBA is also seeking an order directed at the NCA to remove from the Minimum Requirements for Reception of Digital Terrestrial and Satellite Television Services, any system in the nature of Conditional Access that encrypts or blocks the content of Free-To-Air television channels from being received.

The Ministry of Communications through the NCA has since 2017 been attempting to implement changes to television broadcast sector with the introduction of systems of control which GIBA frowned upon because of the access concerns.

It has over the last three years argued that the policy will take away the public's right to freely access free television programming.

After previous misgivings with, GIBA welcomed a revised standard on the Digital Terrestrial Television (DTT) and Direct-To-Home (DTH) Receivers by the Ghana Standards Authority (GSA) after the Conditional Access System was made non-mandatory for Free-To-Air TV Receivers on December 18, 2019.

But on January 8, GIBA came out with a statement saying the NCA published a document on its website on December 30 that was at odds with the GSA standards agreed upon indicating the Ghana Minimum Technical Specifications for DTT and DTH receivers for Free-to-Air Television Reception.