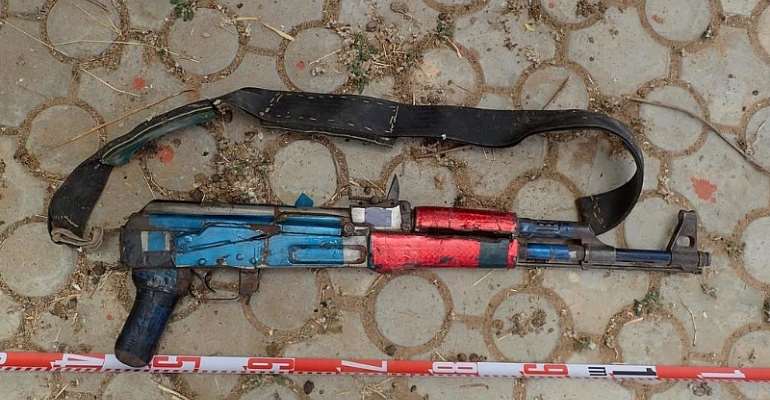 The illicit small arms used in farmer-pastoralist conflicts in northern Nigeria come from the same source as the arms used by jihadists in Mali and other countries in the Sahel, according to a new report out on Wednesday by the London-based Conflict Armament Research (CAR) group.

“Attackers in different countries are actually using weapons, not just of the same type, but almost certainly from the same batch and that are passed through the same people,” says Mike Lewis, author of the “Nigeria's Herder-Farmer Conflict” report and head of investigative arms research for CAR.

In one instance, researchers found weapons amongst herders in northern Nigeria that were from the same small batch that had also been used in an attack by an Al Qaeda-aligned group in Mopti, central Mali.

“And what that tells you is that there are very specific sources of illicit weapons that are providing the tools of violence for armed groups and also terrorist groups right across the Sahel,” he tells RFI.

“There were assault rifles, for example, that had had their markings scraped off in exactly the same way, and probably with the same tool, and yet we're finding them literally hundreds or even thousands of kilometres apart,” he adds.

The age-old conflicts between farmers and herders have escalated to large-scale fighting in parts of northern Nigeria, as conflicts over land and water as well as community and ethnic tensions have risen since 2014.

Inter-communal violence in the north of the country killed more people in 2018 than Boko Haram and Islamic State in West Africa combined, according to the report.

Everything old is new again
CAR researchers have traced the origins of the weapons across borders in the Sahel, including from military weapons stockpiles in Côte d'Ivoire, remnants of the first two years of the civil war that started in 2002, and from Libya. The report indicates that new arms are also being trafficked from places like Turkey into Nigeria.

Lewis says that they have tracked weapons such as manufactured shotguns made in 2014 and smuggled by sea through the Port of Lagos as well.

Findings also point to the large number of hand-made firearms in the region, where there was a 35:1 ratio between artisanal weapons and factory-made ones.

State governments in northern and central Nigeria are trying to capture the illicit small weapons, but the issue of the region awash in small arms remains, says Lewis.

“We also need to get serious about securing the region's borders, and targeting these kinds of trafficking networks that are moving weapons into the conflict,” he adds.