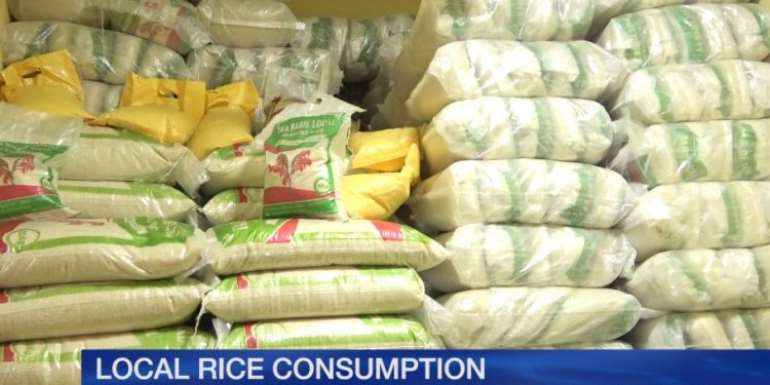 The campaign for the consumption of local rice spearheaded by Chief Executive Officer of Citi FM and Citi TV, Sam Attah-Mensah has paid off.

Some of the local rice dealers have told Citi Business News that they made a lot of sales during the just-ended festive season.

Rice accounts for 58 percent of the country's cereal imports.

With its consumption in 2017 and 2018 estimated at 1 million megatonnes, the government expects that the annual per capita consumption will reach 40 kilogrammes this year. 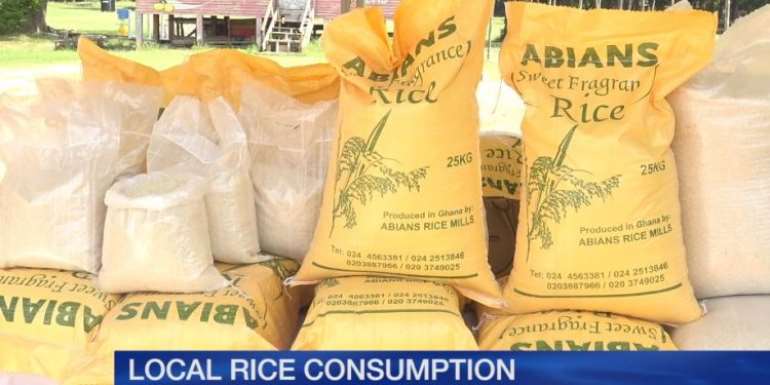 Critics have complained about the country’s dependence on foreign rice.

This phenomenon started increasing steadily in the 1980s, but now accounts for more than 70% of local consumption.

Government has over the years put in place measures to change the trend but all efforts have proved futile.

Although substantial investments in local rice production have been made, it is still not able to keep up with the growing demand.

This was evident in Citi FM/Citi TV’s maiden Christmas Made in Ghana Fair held at the Aviation Social Centre.

Beyond the Christmas season boom and the media campaign, questions have been asked as to how local rice companies could sustain the gains so far.

Wienco Ghana, producers of Aduanehene rice, said they sold over 40,000 bags within the festive season; the highest they have ever sold in any given period; thanks to the campaign.

They want stakeholders to help them to sustain the campaign, while they also take steps to equip their farmers to produce to meet demand.

He further called on government to subsidize the cost of utility to help them increase production.

“The mills we have use electricity to add value to the rice. The bills we get are mostly high, so as private sector contributing to national development, it will really be good if the government in all of its considerations can give some form of subsidy on utility to help us produce more,” he added.

Their call was echoed by Yaa Baby Rice which wants the government to fulfil its promise of investing in the sector.

“The campaign really helped boost our sales from about 50 – 100% of what we normally sell. We run out of stock. We couldn't even supply to all our customers. We sold about 10,000 bags which exceeded our previous sales. We are equipping ourselves with warehousing systems to meet demand,” Manager of Yaa Baby Rice, Irene Kumi Adams said.

“We want the government to help the farmers with fertilizer and farming equipment. When the rice is grown, even where to get harvesters for harvesting is a big problem. We are pleading with government to provide more equipment and milling machines to enable them produce more,” she added.

Convener for the Rice Millers Association, Yaw Adu-Poku, told Citi Business News efforts are underway to assist farmers to sustain the demand and supply as the campaign has simmered down.

He noted that talks are already far advanced in securing funds with the GCB bank, the National Investment Bank, Barclays Bank and the Agricultural Development Bank, to provide funds for the rice millers at an affordable rate.

“This is an ongoing process. We have been talking to the banks, even today, we had our first preliminary meeting where banks were represented. We are still working on it; but we are saying that, there should be a holistic approach from government's end.”

“The banks are commercial entities, so they need to do their homework well before they go into lending. We are still engaging with them, though we have not received any facilities from them as at now. I am talking to ADB and in the next few days something concrete will come out,” he said.