Secret histories of drugs -- legal and illegal -- in southern Africa 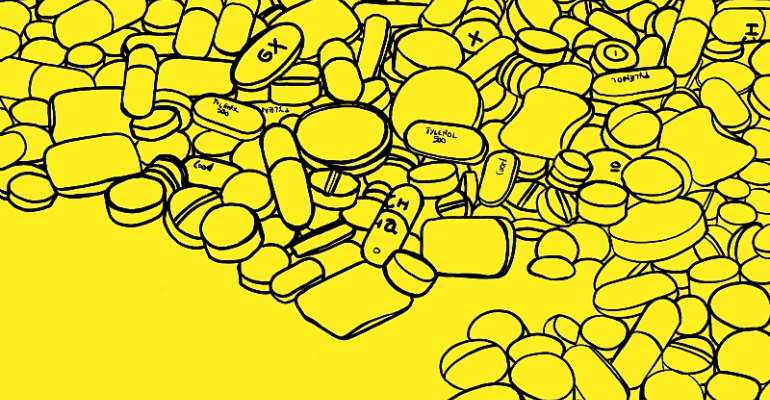 If you want to score heroin in some of the historically black suburbs, or townships, of Johannesburg, South Africa, you need to find yourself a 'Snyman'. A 'Snyman' is a drug dealer. The word is used in tsotsitaal, the creole, urban dialect that emerged during the colonial and apartheid eras of segregation.

'Snyman' entered this lexicon in the late 1960s and early 1970s. It was around this time that cannabis smugglers supplying the gold mining compounds and nearby settlements began to diversify into pharmaceuticals. One drug of choice was methaqualone, also known as Mandrax.

Today, most young people who rely on a Snyman to supply them with a bit of a heroin admixture locally known as nyaope aren't aware that they are invoking the name of a mid-century professor of medicine at the University of Pretoria, Dr HW Snyman. In 1961 Snyman headed a governmental commission that bore his name. Its recommendations led to the Medicines and Related Substances Control Act of 1965.

This means that, at the height of the apartheid era, black entrepreneurs trading in illicit pharmaceuticals adopted and repurposed the name of a white medical expert who enacted the state's vision of drug regulation. In calling themselves 'Snyman', they showed a hefty dose of defiance as well as ironic humour.

The anecdote may be read as a metaphor of grassroots challenges to apartheid statecraft. But it also confirms growing, global evidence that drug prohibitions have never been far from the workings of 'shadow' economies. Indeed, chemically and socially, the dichotomies historically crafted between (legitimated) medicines and (illicit) drugs just don't hold in practice.

We see this currently, for example, in the rapidly shifting legal status of cannabis (including in South African law) and its speedy absorption into corporate commerce; in painkiller 'opioid crises' and fentanyl overdose deaths in the US; in the illicit trade in the painkiller Tramadol in West Africa; and in clandestine exports of Chinese Xanax into the hands of South African school kids.

A special issue of the South African Historical Journal, Drug Regimes in Southern Africa, showcases research about some of the 'secret' histories of drugs from the southern region of the African continent. These range from Cape Town's opium dens to cannabis experiments on cats; from big pharma bio-prospecting to the politics of synthetic sedatives and controversial cow vaccines.

But why spend time reading about the past when today's drug dilemmas seem so urgent?

Historical research can offer critical perspectives that help make sense of current dilemmas. Historians don't generally set out to inform policy. Nevertheless complex understandings of the past are key to sound decision-making in both legislative and medical practices. Historians know that debates about substances commonly called 'drugs' are far from new. As was pointed out by organisers of a recent history conference held in Shanghai:

After all, experts offering definitive accounts of psychoactive substances, vacillating bureaucrats and politicians, unyielding moralists and fickle consumers are all among the figures familiar to historians from other periods and a range of places.

Historical research on 'drugs', whether defined as intoxicants or medicines, is an established field among scholars in the global North. This is shown in the work of the Alcohol and Drugs History Society and its excellent journal, Social History of Alcohol and Drugs.

But drugs history scholarship from and about the global South grows ever more vibrant. Histories of cocaine in South America and Asia, cannabis in Mexico and Nigeria, khat in Kenya and the politics of drug use in Iran are a few examples.

Histories of drugs in Africa are of growing interest worldwide.

Since the late 19th century especially, global flows of neurochemical substances and products have deepened the entanglements of consumers in Africa in networks of legal and illicit drugs production, flow, profit and risk. Historical perspectives bring to light the social processes through which bioactive plants, manufactured pharmaceuticals and techniques of treatment come to figure in diverse and changing human experiences.

In the 20th century, the contexts of colonialism, apartheid and democracy shaped drug control, provision and regulation in South Africa.

Today media reports on drug issues in this country often invite panicked responses. Journalism frequently reproduces the hyperbole and moralism that have – for over a century – shaped public opinion here. Narratives that sometimes exaggerate or even mislead the public about new forms of substances, coming across borders, or the behaviours they allegedly cause, have had very negative consequences. These have included fuelling xenophobic sentiments as well as the stigma attached to people using drugs.

At the same time, there are hopeful signs of change in public opinion. And there are positive indications of a quest for evidence-based policy and treatment solutions. An example is the case of harm reduction approaches to opioid addiction.

The promises of pharmaceutical technologies are evident. So are the challenges. In today's global world, we need the evidence offered by history to develop more informed, nuanced and less reactionary responses.

The special issue 'Drug Regimes in Southern Africa' is proof of a growing body of work on the histories of drugs – illegal and legal – across the continent.

The information that 'Snyman' is used as a word for drug dealer was provided by Msawenkosi Gibson Nzimande, a University of Johannesburg Masters student currently doing research on substance use in Johannesburg.

This is the first article in a series on drug regimes in southern Africa. They are based on research done for a special edition for the South African History Journal. Read the full paper over here.

By Thembisa Waetjen, Associate Professor of History, University of Johannesburg And

Julie Parle, Honorary Professor in History, University of KwaZulu-Natal And