UEW Admits More Females Than Males For The First Time 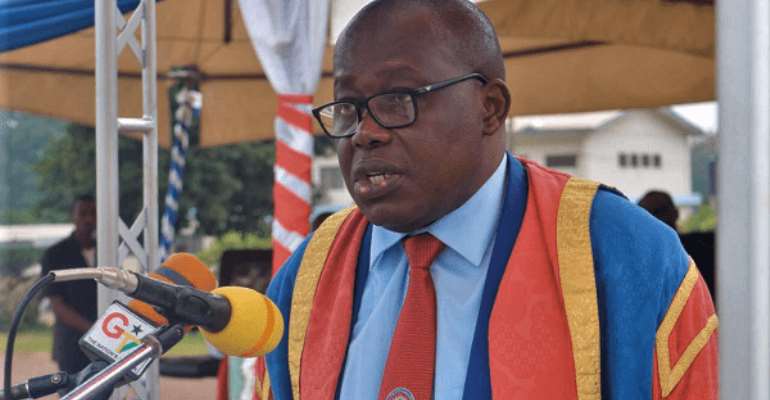 For the first time in the history of the University of Education Winneba (UEW), more females than males have been admitted under its distance education programme.

At the 2019/2020 matriculation ceremony held at its College of Technology, Kumasi Campus, the female population constituted 59 per cent out of an undergraduate population of 11,231.

The Vice Chancellor of the university, Rev. Fr Prof. Anthony Afful-Broni, who announced this at this year's matriculation ceremony for distance education students, said despite the increase in intake of female students, their male counterparts still dominated at the graduate level.

Mentoring
The VC announced that the university had been granted the privilege of mentoring about one-third of all the colleges of education in Ghana "even though there are six of us public universities approved by the Ministry of Education to perform this national assignment”.

The recently adjudged fastest growing university and the largest populated university in the country with a total population of 85,004, the UEW remains the first to start a distance education programme.

Rev. Fr Prof. Afful-Broni said the university had launched an ambitious five-year corporate strategic plan (2019-2023) to fully transform the College of Technology (Kumasi campus) as it got near the completion stage to become an autonomous university.

"This document (the plan) has received excellent commendations from across the world," he said.

Facilities
The VC said the Winneba campus had completed the construction of four modern lecture theatres, each with a seating capacity of 500.

"Six more will be completed within a few months, having started at the tail end of 2019," he said as the university put in place measures to welcome the first batch of Free SHS graduates.

Warning
The VC warned against examination malpractice, saying although most of the students were workers, it did not give them the right to cheat during exams.

He said any student caught engaging in examination malpractice would be sacked and prosecuted while lecturers found to have assisted such students would be dismissed outright.