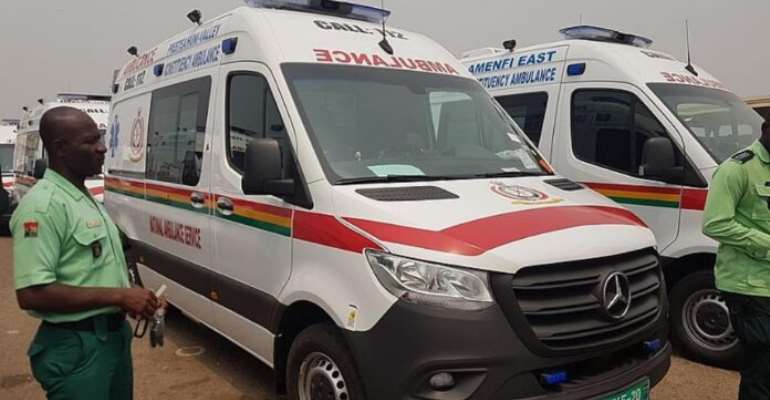 The President of Ghana Medical Association, Dr Frank Ankobea, has called on the government to place emergency ambulance services under the list of health interventions covered by the National Health Insurance Scheme (NHIS).

The government continues to absorb the cost of emergency ambulance services since the establishment of the National Ambulance Service in 2004.

However, there have been widespread reports that many Operators of the Ambulances mostly charge patients fee between Ghc400 to Ghc500 before they are transported from one Hospital to the other. The amount, they claim is to buy fuel.

Dr Frank Ankobea said, emergency Ambulance services are very critical to the survival of patients therefore there must not be any financial impediment reason he believes must be covered under the NHIS.

The Government of Ghana, on Tuesday, January 28, 2020, Commissioning and distributed three hundred and seven (307) ambulances under Government’s flagship programme, “One Constituency, One Ambulance”, to be added to the woefully inadequate fleet that existed and became a source of worry to Ghanaians.

Speaking on EIB’s Agoo Fm News analyses Tuesday evening, the President of GMA, Dr. Frank Ankobea, though he commended the government, he, however, said the provision of ambulances is a basic responsibility of government to enhance the comprehensive emergency system.

The President of Coalition of NGOs in Health, Dr. Gabriel Bernaku, on his part, told host of the program Obaahemaa Nana Yaa Mirekua that, apart from listing emergency services under the NHIS, there is the need for Ghana to establish National Emergency Fund to create strong financial support for emergency services.