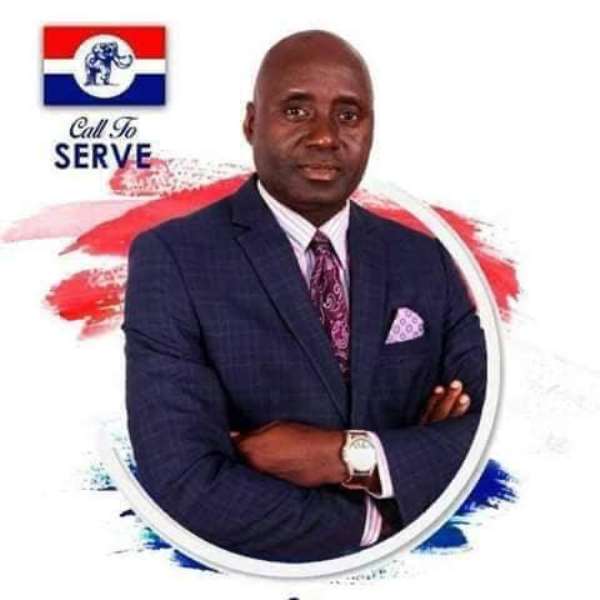 "I also note with grave concern an attempt by some constituency members to link me to the agitation of the youth. I wish to state categotically that I do not have anything whatsoever to do with the issuing of that press statement; I will not and will never, as the PC for the constituency for the 2020 general elections, be interested in such nefarious activity. 'Koowa da Koowa', meaning Everybody and Everybody is my campaign slogan, which explains my open door and inclusiveness policy," Alhaji Manaf noted.

He added that it will be unconscionable on his part to want to be an agent of division, confusion and conflict in the constituency.

He therefore called on the general public and especially NPP faithfuls in Ayawaso North to disregard the rumuor which is aimed at creating chaos and disunity amongst the ranks and files of the party.

The parliamentary hopeful regrets that these developments are coming at a time when the party needs everybody on board, as we have entered the crucial election year.

" It is very unfortunate that we at the constituency level should be having these issues coming into the public domain when we supposed to be joining hands together to work hard to annex the Ayawaso North seat for the party in the forthcoming general elections.

He therefore seized the opportunity to appeal for calm from the MCE, constituency executives and the youth Wing and further urged them to bury their differences and allow peace to prevail for the betterment of the NPP in the Ayawaso North constituency.

"It is in our collective interest to focus on the bigger agenda of promoting the party, telling the success story of the achievements of the Nana Akufo Addo's government to the good people of Ghana, and ensuring "4MORE4NANA" for more developmental projects to the constituency, whilst not losing sight of how to strengthen and empower the constituency and make it vibrant and strong at the grassroots level," he stressed.

He also used the opportunity to congratulate Hon. Mohammed Zakari Aminu, the MCE of the Ayawaso North Constituency for a successful swearing in of the first set of Assembly members for the newly created Municipality.

"It is my hope and prayer that this spirit of solidarity and cooperation will be maintained so that the constituency comes out victorious come the 2020 general elections, both at the Presidential and Parliamentary contests," Alhaji Manaf noted.

He also called on all members of the party to dedicate themselves and focus on "The Battle is the Lord's" forward march to win the orphan constituency's seat for H. E. the President Nana Addo Dankwah Akufo Addo and the great NPP party.